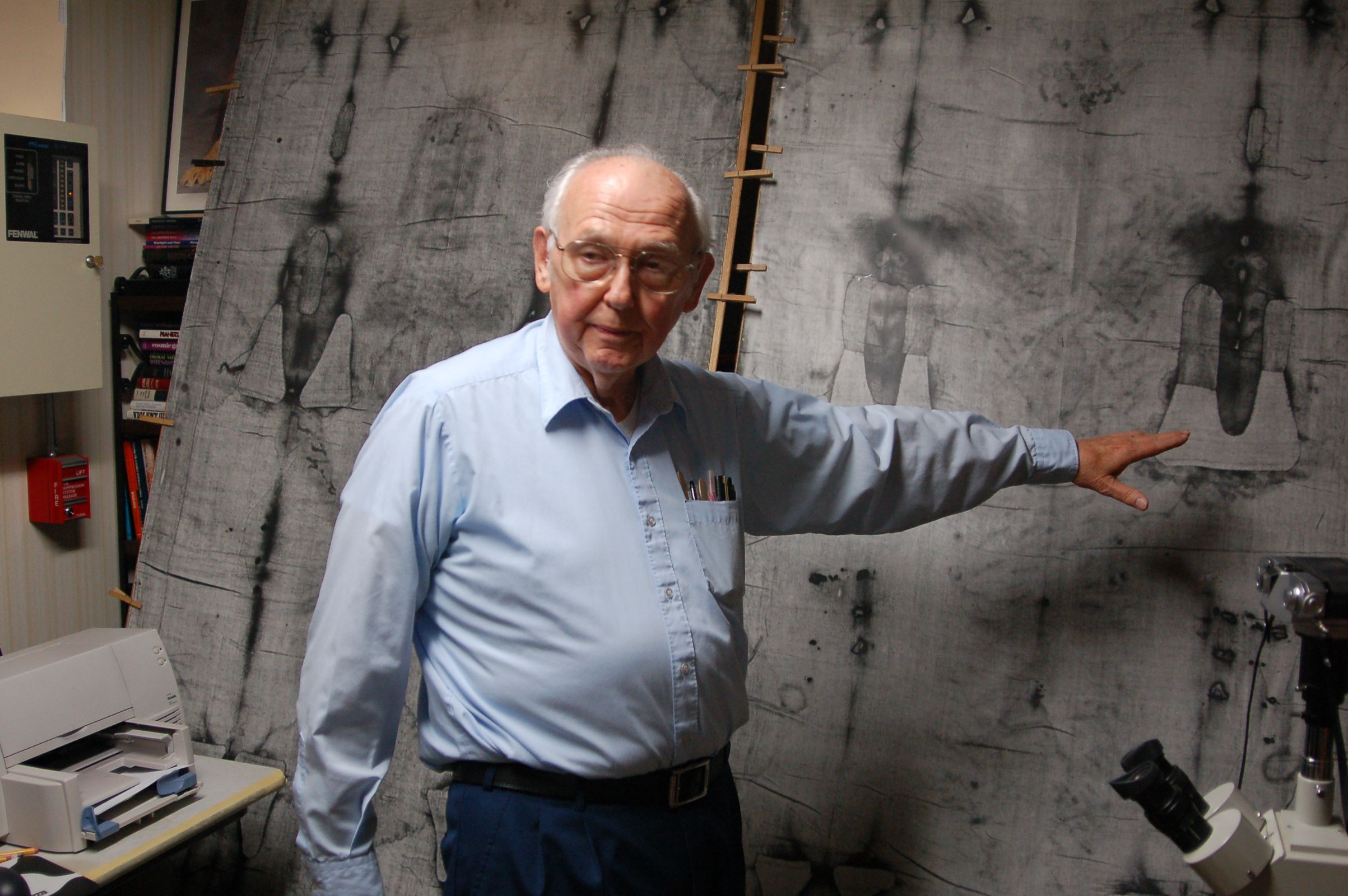 Alan Whanger, a native of Detroit, Michigan, earned both his undergraduate and medical degrees at Duke University. His post-graduate training includes residencies in general surgery (Cleveland) and psychiatry (Duke), and additional work in tropical medicine and hygiene (London) and in geriatrics (Duke). He is the author of numerous professional articles and book chapters. He has been Professor Emeritus of Duke University Medical Center since 1993.

Mary Whanger was born and grew up near Brunswick, Georgia. She has an A.B. Degree in Religion and also training in elementary education from Duke University. She taught fourth grade before the birth of her first child and before she and her husband, Dr. Alan Whanger, served as missionaries in Zimbabwe from 1961 to 1965. Since then, she has been a stay-at-home Mom and active volunteer in various leadership roles in church and community activities.

The Whangers are internationally recognized Shroud researchers, having been actively involved since 1979. They developed the Polarized Image Overlay technique for doing exacting image comparisons. They are cofounders of the Council for Study of the Shroud of Turin (CSST), a non-profit organization whose mission is to do research on the Shroud of Turin and related Relics of the Passion, to publish the findings, and to establish a center for display, research and education. He is Chairman of the CSST Board of Directors. She is Secretary of the Board and editor of the newsletter CSST NEWS.

They have two daughters, Elisabeth and Ruth, and six grandchildren. They are active members of Duke Memorial United Methodist Church in Durham, North Carolina, where they reside. 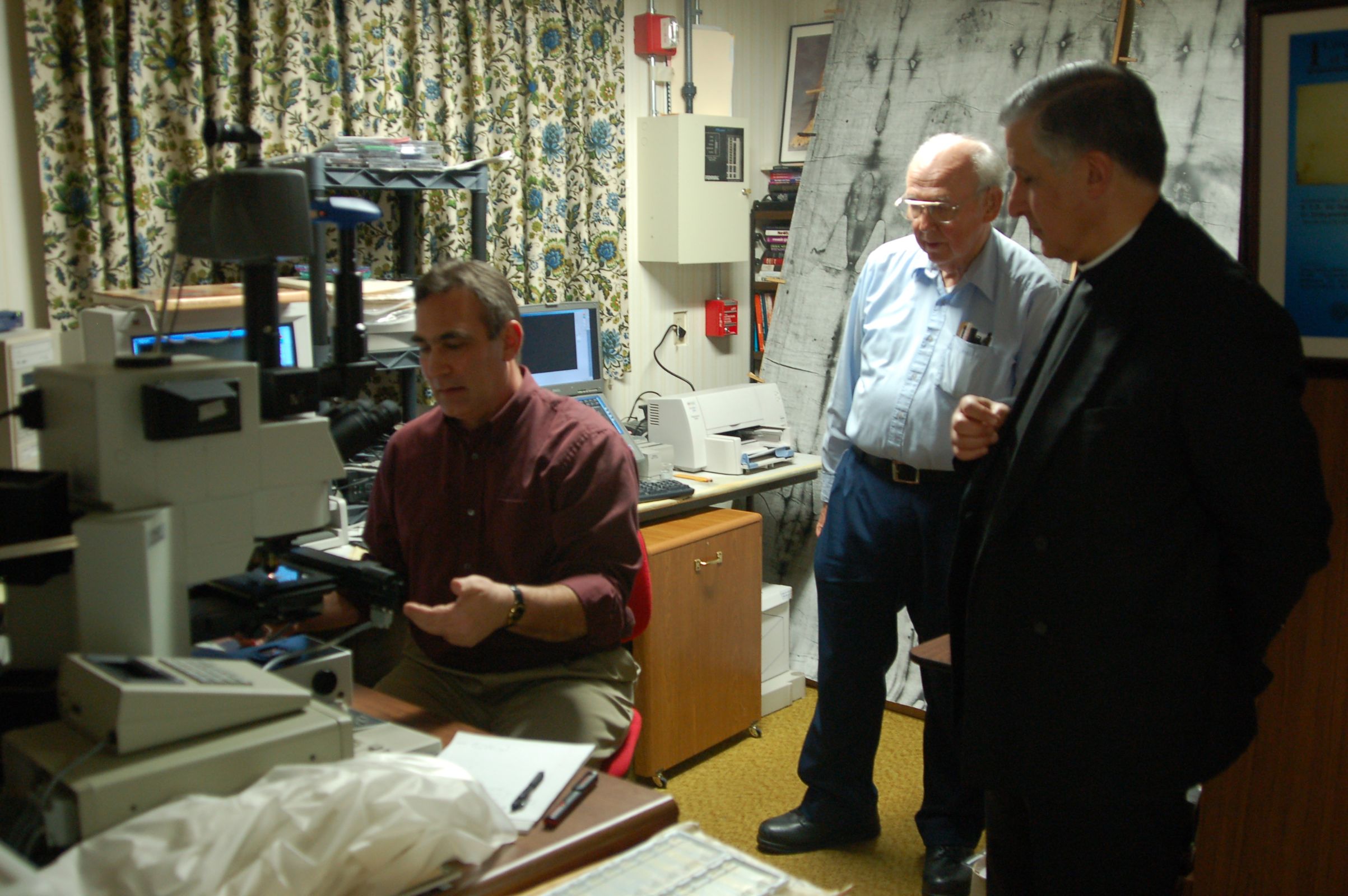 (Alan Whanger passed away not long ago (R.I.P.), and we lost a good friend and Shroud scientist. Mary is at this moment in an assisted living home in Durham, N.C.)

Excerpt:
” This paper describes a method of detailed analysis which we call the Polarized Image Overlay Technique. The two images for study are projected with two slide projectors onto a suitable screen through polarizing filters, and these superimposed images are then viewed through a third polarizing filter. This procedure allows a dynamic comparison of both large features and fine details. It was developed during the course of our studies of photographs of the Shroud of Turin, but is applicable to a variety of fields”

This technique was developed by Alan Whanger to compare areas of images, very detailed and superimposed.
This was done by using two slide projectors on top of each other and projecting two superimposed images on a lenticular screen (one with tiny vertical grooves; non-lenticular screens do not work with polarizing filters).
Whanger used then polarizing filters. These are crystalline filters that transmit light in a single plane only. If two of them are positioned so that their planes are in the same direction, you can see through them. But if one is positioned in the horizontal plane and the other in the vertical plane, light is blocked almost totally.
So, using two projectors and the lenticular screen you can, for example, project the Shroud face image through a polarizing filter in the horizontal plane and an Icon face image through a polarizing filter in the vertical plane. Then, using a third polarizing filter which can be rotated in front of your eyes, you will be able to observe the two images fade in and out of one another.
This technique has proven to be extremely useful, as it allows minute, exacting comparisons between the two images. These comparisons can be diagrammed and counted so that anyone who wishes can check them for accuracy and can repeat the same process and compare results. This was published in the peer-reviewed journal APPLIED OPTICS “Polarized Image Overlay Technique,” 766-72.
What you are looking for are points of congruence (PC). In a court of law, fourteen points of congruence (PC) are sufficient to determine the same source for simple images such as fingerprints; for more complicated images such as a face, forty-five to sixty PC are enough to declare the faces to be the same.

THE NEXT DVD SHOWS THE WHANGERS DEMONSTRATING THEIR POLAROID IMAGE OVERLAY TECHNIQUE.