INTRODUCTION:
Intensive efforts took place to obtain and scan black and white photographic material of the Shroud made by Enrie in 1931 and Ultra Violet photographs made by Vernon Miller during the STURP investigations in 1978. The aim of this paper was to continue our search for plant images on the Shroud. The presence of these plants may account for areas of partial or complete blockage of the formation of the image of the body. If they were positioned between the body of the Man of the Shroud and the Shroud linen, they may have blocked the 3D imagery, accounting for the imageless areas on the face, neck and around the arms and hands, and this showed up in the 3D conversion of the image as “holes”.

Second generation photographs of the Shroud, made by Giuseppe Enrie in 1931were used as background basis for the mapping of PISTACIA fruits (as discussed by Danin et al., 1999 and by Danin and Guerra, 2008), identified by the 1st author. The second generation films were obtained by the 2nd author from Alan Whanger and scanned and digitized by the Dutch Holographic Laboratory in Eindhoven in the Netherlands. Mrs. Or-El Aviram-Tzimmer at Photo Schwartz, Jerusalem, printed the photos from the electronic files at a magnification of 46% of the real size. Thus the size of the prints of the Enrie photos was 200 x 50 cm long and wide. For practical reasons the 200 cm photo was divided in two: the ventral part became “photo 1” and the dorsal part “photo 2”.
We also printed the Vernon Miller’s UV photos at 170% life-size. The areas suspected of containing PISTACIA fruits (cf Danin et al., 1999) were marked on transparent cellophane sheet and manually transferred and marked on the 46% photos mentioned above.
Prominent plant images of pairs and single thorns of RHAMNUS (Danin 2006a) were drawn as well. After completion, the 46% photos with their cellophane overlay were photographed at the Dutch Holographic Laboratory. These photographs were then studied using the computer and were after that copied into a Power Point presentation and this increased the contrast of the images. 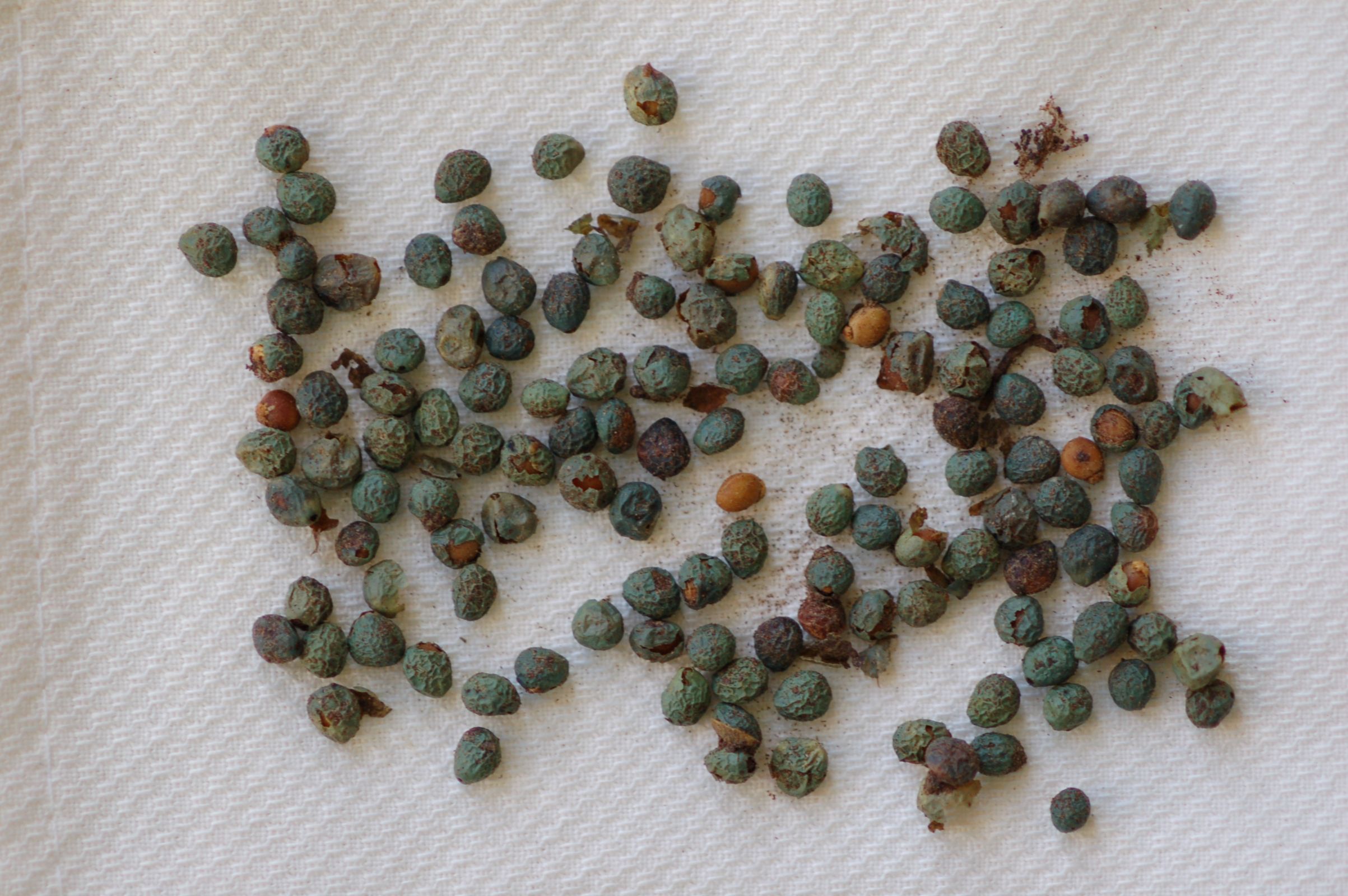 The number of large dark dots, interpreted as PISTACIA fruits, counted on the Shroud was around 2600. They appear to be distributed at random (although no statistical analysis was done). We could not contradict the opinion presented by us in Danin et al., (1999) suggesting that the PISTACIA fruits were “burial spices”. 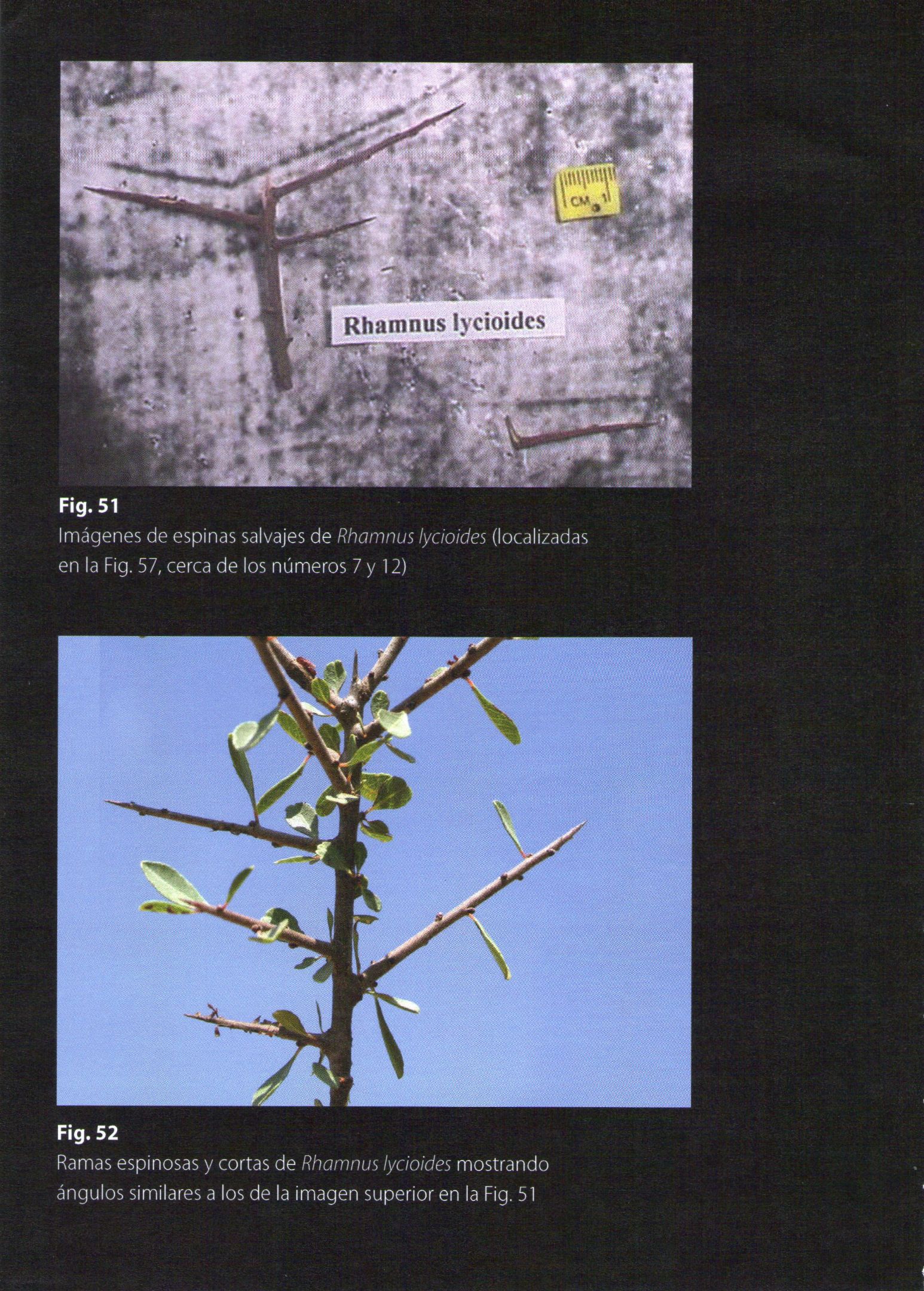 The finding of a pair of RHAMNUS LYCIOIDES thorns at the anatomical right side of the head was reported earlier (Danin, 2006a). Two additional pairs were discovered now on the Shroud. The three pairs share an angle of 150-155 degrees between the two thorns. Two other straight single thorns and the one which was already reported share the property of being sharp and have dark small dots on the lateral thorn surface. These are suspected of being the lateral buds, so typical of the ferocious thorns of RHAMNUS LYCIOIDES. 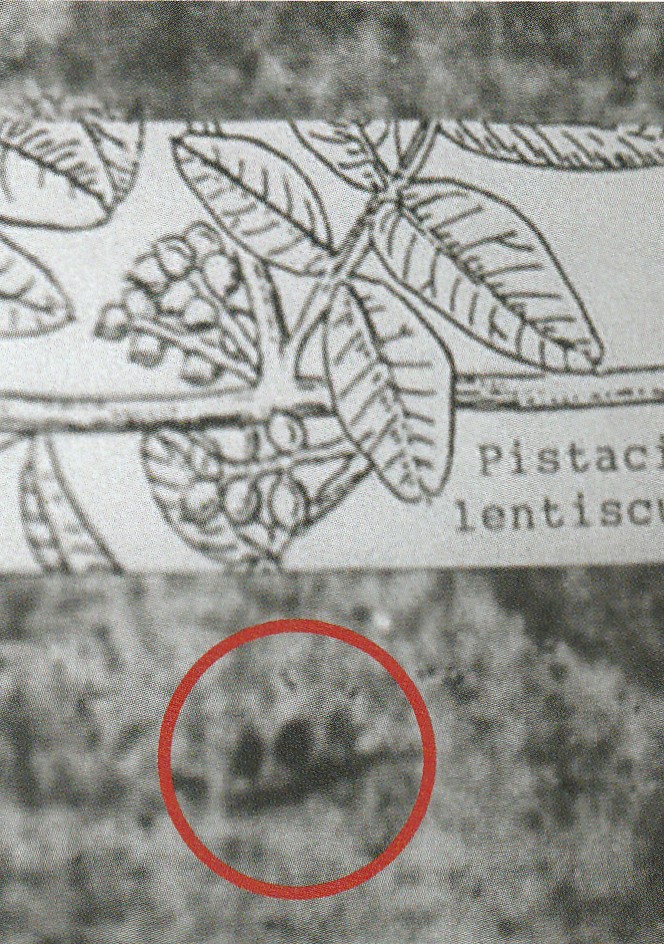 One of the most prominent images seen above the head in the frontal image opposite the CHRYSANTHEMUM site is three fruits of PISTACIA LENTISCUS projecting from a peduncle on three pedicels. Additional hundreds of fruits of what I assume to be PISTACIA atlantica and/or PISTACIA palaestina are seen all over the body. Since such fruits are not found in the field in March and April (the season indicated by the flowering plants), they could have been brought from the market. Such fruits are found today in spice shops in the market of old Jerusalem. We do not know why these fruits were spread over and around the body. 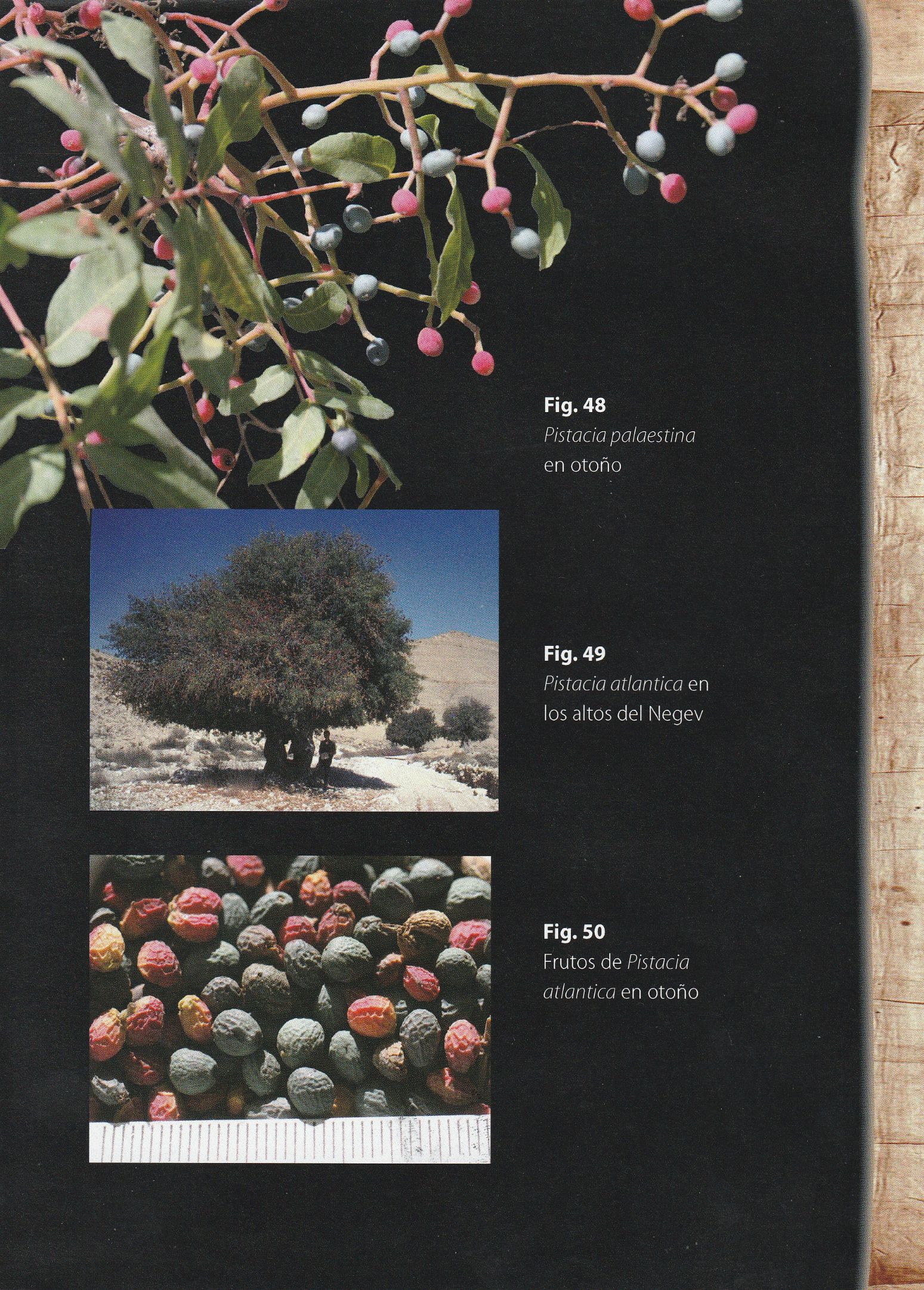 Another plant which may carry a historical record is the image of a REED (ARUNDO donax or PHRAGMITES australis) seen at the Shroud’s margin in the dorsal image. There is a clear stem of a REED, carrying remnants of the leaf base at its node, thus forming the typical view of the plant as seen in nature. The REED is mentioned in the Gospels of Mark, (15:19) and Matthew (27:29). 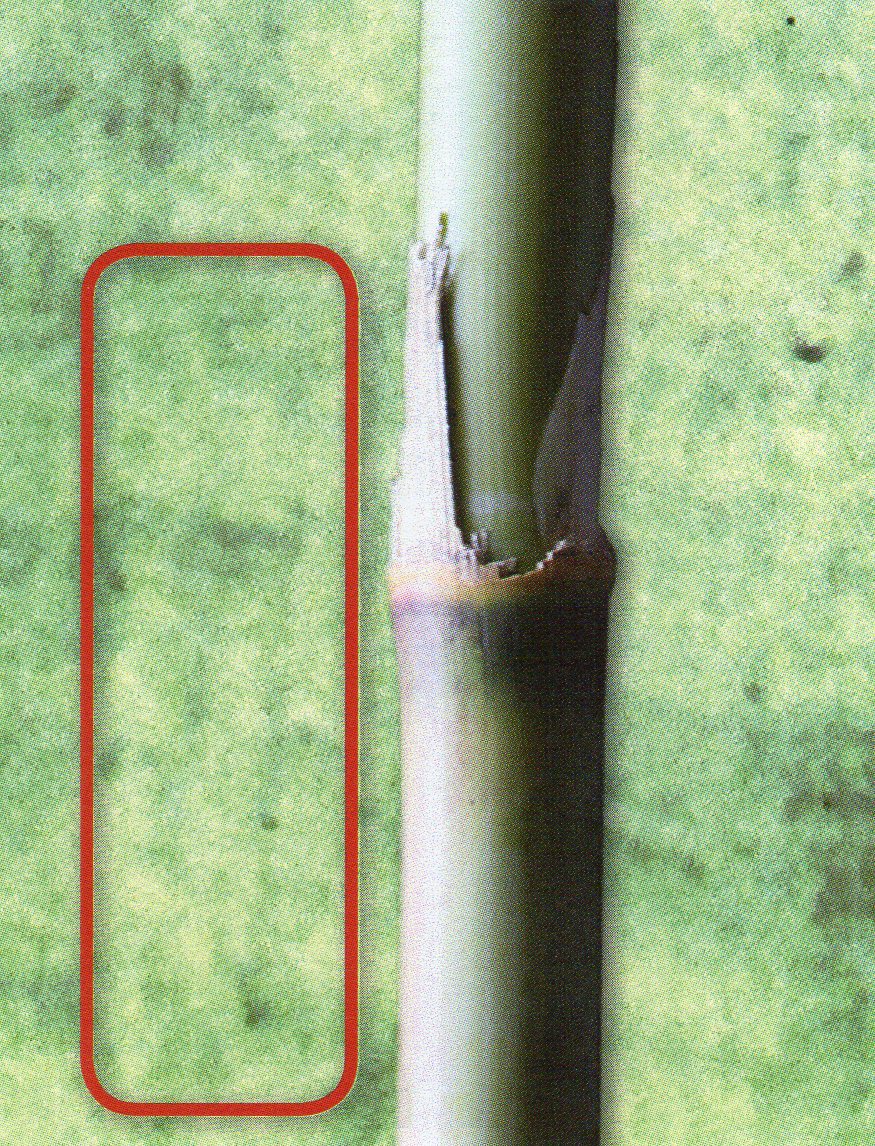