In 1976 John Jackson, an active duty United States Air Force Officer, and Bill Mottern, a scientist from the Sandia National Laboratory, worked to generate the first 3-dimensional map of the Shroud Image. Later in that same year Jackson, while teaching physics at the Air Force Academy, in partnership with Eric Jumper, another active duty Air Force Officer teaching science at the Air Force Academy, used a VP-8 analog image analyzing computer furnished by Pete Schumacher, an engineer with Interpretation Systems, Inc., to make a brightness map of the Shroud image. The resulting brightness map confirmed that 3-dimensional information was encoded in the Shroud image. Jackson and Jumper assembled a team of cadets to assist with model building based on the Shroud brightness map. Today a display exists in the lower level of the Air Force Academy Chapel (Colorado Springs, Colorado) that commemorates this pioneering work that directly led to the organization of the Shroud of Turin Research project (STURP), a project born at the USAF Academy. 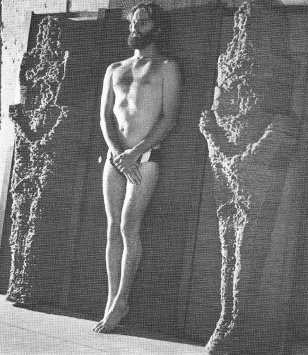 Photo 3. Display of 3D model based on the Shroud brightness map

The STURP research team was composed of a large group of outstanding American scientists and support personnel. In October of 1978, the STURP team traveled to Turin, Italy, to conduct an in-depth scientific examination of the Shroud.
This American expedition conducted, what is still the most extensive hands-on study of the Shroud ever undertaken. The STURP team spent over two years prior to embarking for Turin in planning dozens of specific data-gathering experiments, measurements and tests. To support their efforts, they carried to Turin several tons of equipment, including sophisticated scientific measuring and data-gathering instruments. The team arrived in Turin in early October 1978 following a public display of the Shroud commemorating the 400th anniversary of the Shroud’s arrival in that city. For five full days, starting on October 8th, the STURP team examined the Shroud around the clock in a large room at the Royal Palace adjoining the Turin Cathedral. Each 24-hour period was broken down into shifts that allowed the work to proceed uninterrupted while some STURP staff slept and others conducted research. Among the methods used to gather data were direct microscopy, infrared spectrometry, X-ray fluorescence spectrometry, X-ray radiography, thermography, and ultraviolet fluorescence spectrometry. In addition, a broad spectrum of photographic data was collected. Ultraviolet fluorescence photographs, raking-light photographs, normal front-lit photographs and back-lit photographs of the entire Shroud were taken, as well as dozens of micro-photographs of strategically selected areas of the Shroud. The STURP team also collected sticky tape samples from the surface of the Shroud cloth, as well as thread samples that were retained and returned to the United States for further studies. Subsequent studies of these samples were conducted using microscopy, pyrolysis-mass-spectrometry, laser-microbe Raman analysis and various methods of micro-chemical testing. The results of STURP research were published in twenty (20) peer-reviewed scientific journal articles over the four years following the team’s conclusion of work in Turin. In addition, numerous other papers have subsequently been published, elaborating on findings and data from the STURP expedition.
In October 1981, the final official report of the STURP team effort was issued. At a press conference to mark the occasion the following official summary of the STURP conclusions was handed to the press:

No pigments, paints dyes or stains have been found on the fibrils. X-ray, fluorescence and microchemistry on the fibrils preclude the possibility of paint being used as a method for creating the image. Ultraviolet and Infrared evaluation confirm these studies. Computer image enhancement and analysis by a device known as a VP-8 image analyzer show that the image has unique three-dimensional information encoded in it. Microchemical evaluation has indicated no evidence of any spices, oils, or any biochemicals known to be produced by the body in life or in death. It is clear, that there has been a direct contact of the Shroud with a body, which explains certain features such as scourge marks, as well as the blood. However, while this type of contact might explain some of the features of the torso, it is totally incapable of explaining the image of the face with the high resolution that has been amply demonstrated by photography. The basic problem from a scientific point of view is that some explanations, which might be tenable from a chemical point of view, are precluded by physics. Contrariwise, certain physical explanations which may be attractive are completely precluded by the chemistry. For an adequate explanation for the image of the Shroud, one must have an explanation which is scientifically sound, from a physical, chemical, biological and medical viewpoint. At the present, this type of solution does not appear to be obtainable by the best efforts of the members of the STURP team. Furthermore, experiments in physics and chemistry with old linen, have failed to reproduce adequately the phenomenon presented by the Shroud of Turin. The scientific consensus is that the image was produced by something which resulted in oxidation, dehydration and conjugation of the polysaccharide structure of the microfibrils of the linen itself. Such changes can be duplicated in the laboratory by certain chemical and physical processes. A similar type of change in linen can be obtained by sulfuric acid or heat. However, there are no chemical or physical methods known which can account for the totality of the image, nor can any combination of physical, chemical, biological or medical circumstances explain the image adequately.

Thus, the answer to the question of how the image was produced or what produced the image remains, now, as it has in the past, a mystery.

We can conclude for now that the Shroud image is that of a real human form of a scourged, crucified man. It is not the product of an artist. The bloodstains are composed of hemoglobin, and also give a positive test for serum albumin. The image is an ongoing mystery and until further chemical studies are made, perhaps by this group of scientists, or perhaps by some scientists in the future, the problem remains unsolved.

The attached photographs show the STURP team at work in Turin.
An excellent book recently published and written by John Jackson PH.D., one of the founders of the STURP team, is “THE SHROUD OF TURIN, A Critical Summary of Observations, Data and Hypothesis” ISBN 978-0-692-88573-4
The Turin Shroud Center of Colorado.