In monasteries and churches in Europe there are many thorn relics, supposedly from the Crown of Thorns reported in the Scripture. Fleury (1870) studied the nature of these thorn relics in the 1800’s, since they were brought in early times from the Holy Land. In his book he showed thorns of Ziziphus spina-christi, and Rhamnus lycioides (see photographs 8 and 9).

As we found images of both species on the Shroud, it seems interesting to try to link the two sources of information reaching us from early times through plant parts and through their images. Since we do not see any conflict between the botanical information seen on the Shroud and the assumptions made by Fleury, we used his drawing of the Crown of Thorns (or Helmet of Thorns) as a model for the preparation of an important object, produced by Ms. Michal Raz for the permanent expositions of the Shroud in Jerusalem and in Rome. 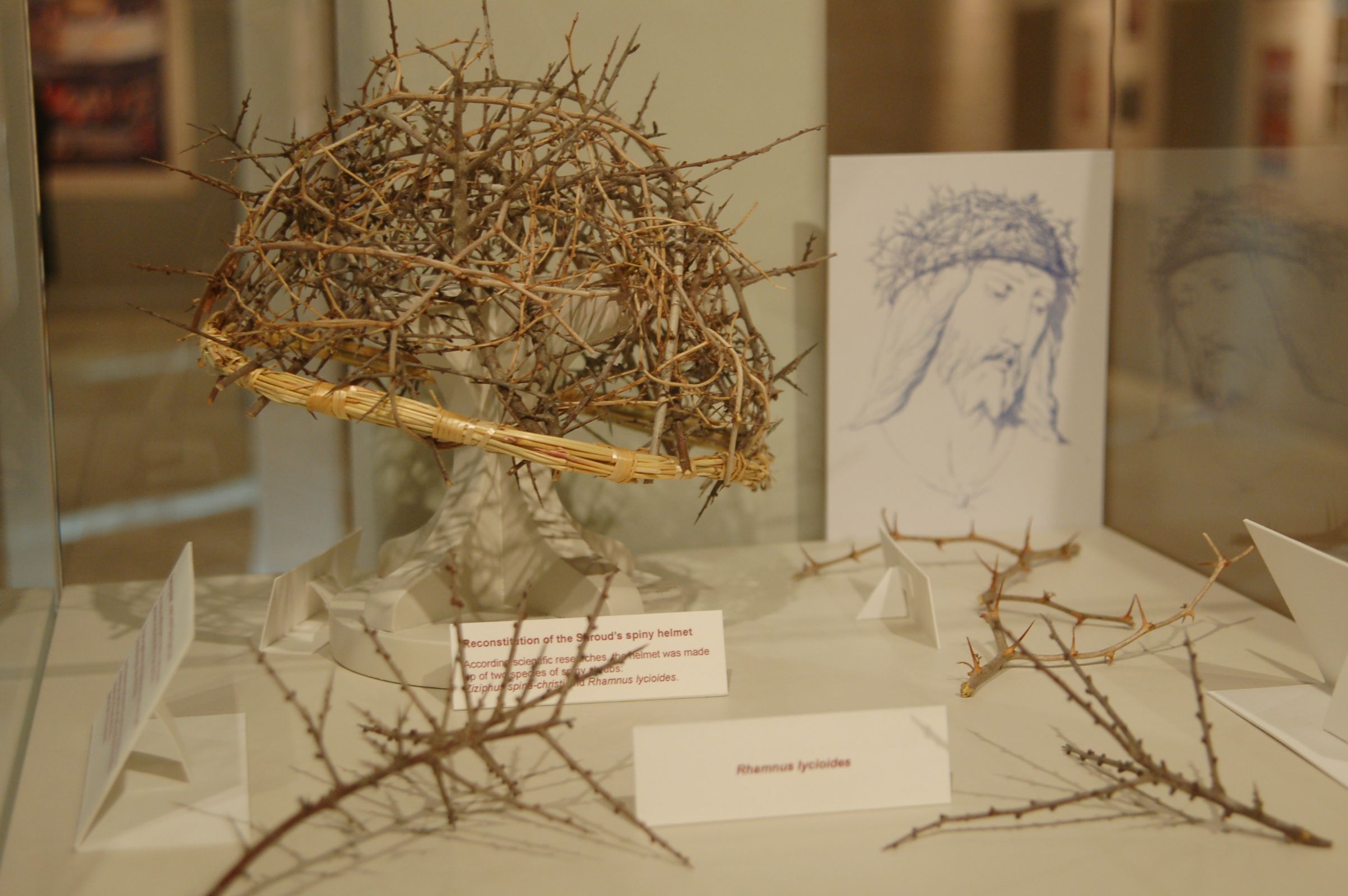 Peter Soons and I participated in the Ohio Conference on Shroud Research in 2008 and presented our lectures there, and I suddenly heard him saying something about a “Helmet of Thorns” and not a “Crown of Thorns”. After the lecture I asked Peter to repeat and explain his statement. He told me that when he created the life-size holograms of the front and the back of the body and installed them in the Regina Apostolorum exhibition of the Shroud in Rome, they had to take a ladder to see the top of the head. This part of the body of the Man on the Shroud had not been seen in 3D by anybody before. Peter than saw that there were many small wounds that had been bleeding on the top of the head. When looking at the forehead and the hair in regular photographs, nobody could see the small wounds. The conclusion was that the Man of the Shroud was tortured with a “Helmet of Thorns” as postulated by Fleury in 1870. You can understand now how happy I was that I convinced Father Hector Guerra and Dr. Ferre to add the helmet of thorns, made by Michal Raz following Fleury’s model, to the permanent exhibitions of the Shroud in Jerusalem and in Rome. Ms. Michal Raz from Kibbutz En Gedi knew very well how to reproduce such a “helmet” from Rhamnus lycioides and Ziziphus spina-christi thorny stems. (photos 8 and 9 see above)