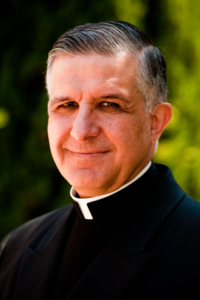 In November of 2006, during the audience with Cardenal Severino Poletto and a group of Italian Shroud scientists, where I showed for the first time the life-size Holograms of the Face and the Front and the Back of the Body, the Cardenal decided that these Holograms were going to be installed in the Museo della Sindone in Turin and three months later this was accomplished.

During a next visit to Turin in the spring of 2007, I had a meeting with Don Giuseppe Ghiberti who was in charge of Shroud affairs, and he suggested to me that I should contact Father Hector Guerra L.C.. He told me that since 2005 Father Guerra was involved in the realization of permanent exhibitions of the Shroud of Turin. The first exhibition was inaugurated on July 22, 2006 in the Notre Dame Center in Jerusalem and is a must for the pilgrims visiting the Holy Land. After that he managed to realize the next permanent exhibition in the Universitate Europeo di Roma, Regina Apostolorum. He had the support and cooperation of the authorities in Turin and Bruno Barberis and Gian Marie Zaccone had been very helpful in the setting up of these exhibitons. The name of the exhibitions was: “Who IS THE MAN OF THE SHROUD ?”, giving the visitors all the information they needed about the Shroud and in the end letting them decide what to believe or not. (see the folder of the exhibition in Jerusalem).

I contacted Father Guerra after my return from Turin and made an appointment in the Dutch Holographic Laboratory in Eindhoven in the Netherlands. Here we had done all the 3D investigations and a set of life-size Holograms of the Front and the Back of the Body and also the Face were present there. I introduced Father Guerra to the Director of the Lab, Walter Spierings, and to my sponsor group who had made possible all the work and the production of the Holograms and that resulted in a gift of two sets of the Holograms for the two exhibitions that Father Guerra had already inaugurated in Jerusalem and Rome. My brother Michel had supported me from the beginning. Later were added to the sponsor group Tony and Laurie Mijares from Ft. Lauderdale (USA) and Rob and Yvonne van de Voort from the Netherlands Father Guerra was very impressed by the Holograms and our knowledge of the 3D qualities of the Shroud image and out of this meeting in the Lab developed a close cooperation and friendship of me, Walter Spierings and our sponsor group with Father Guerra.
Father Guerra was very grateful for the gift of the Holograms for his exhibitions and to thank the sponsor group he organized in October of 2007 a pilgrimage to the Holy Land under his guidance. He had been stationed for three years in Jerusalem in the Notre Dame Center, so he was an ideal guide and this trip was a great success and motivated everybody to continue the cooperation. 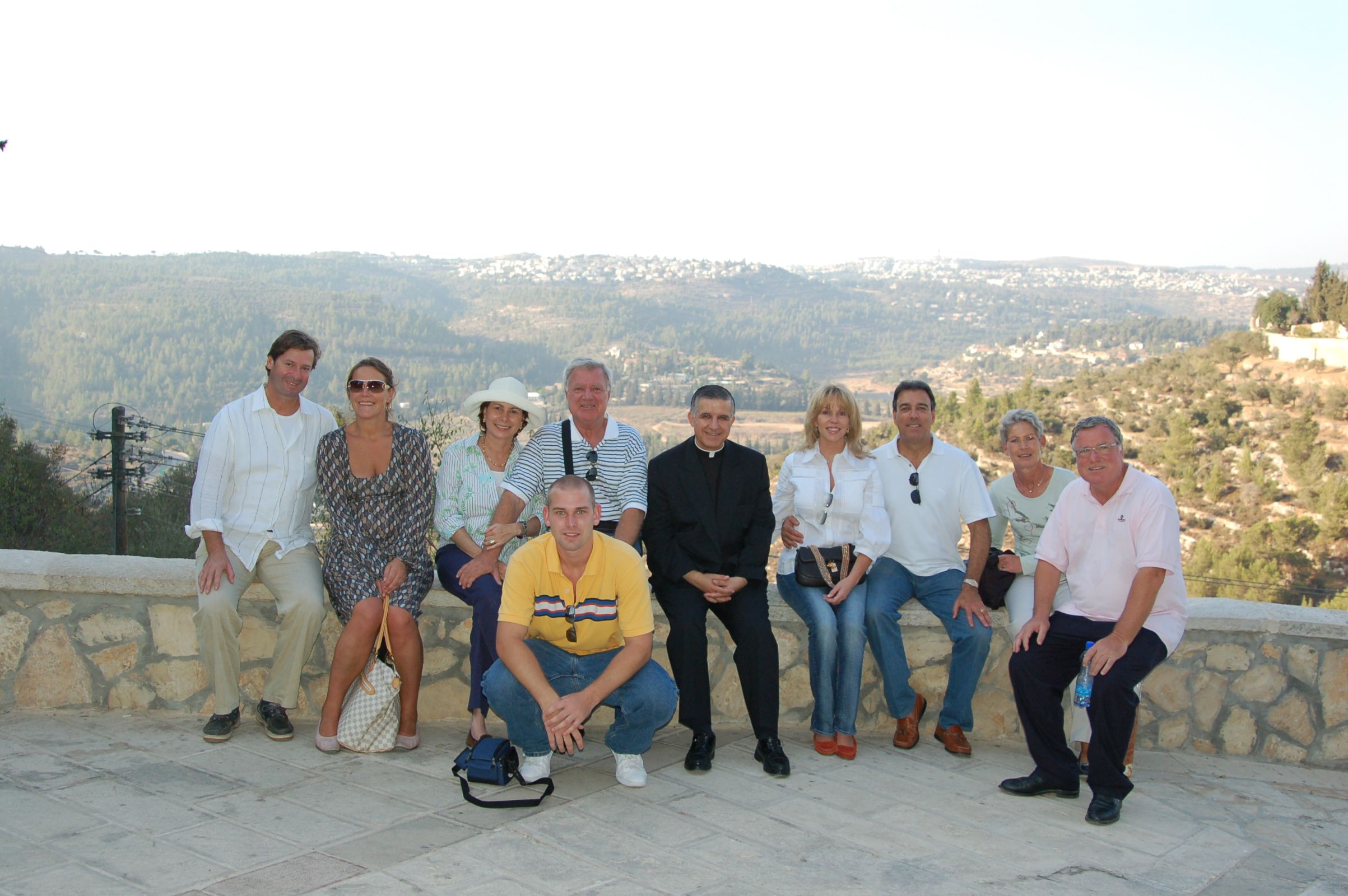 In March of 2008 Father Guerra and me, in the company of Avinoam Danin, the Botanist from the Hebrew University in Jerusalem, who had done the work on the flower and plant images on the Shroud, visited the Turin authorities to tell about the discoveries I had done in the 3D images, the solid oval object under the beard with in relief on the surface the three Hebrew letters forming the word TS”ON, meaning the SACRIFICIAL LAMB, an important discovery. We visited also the Museo della Sindone to show Danin the Holograms. Out of this meeting developed a strong friendship with Avinoam Danin and that resulted in a close cooperation in the future. 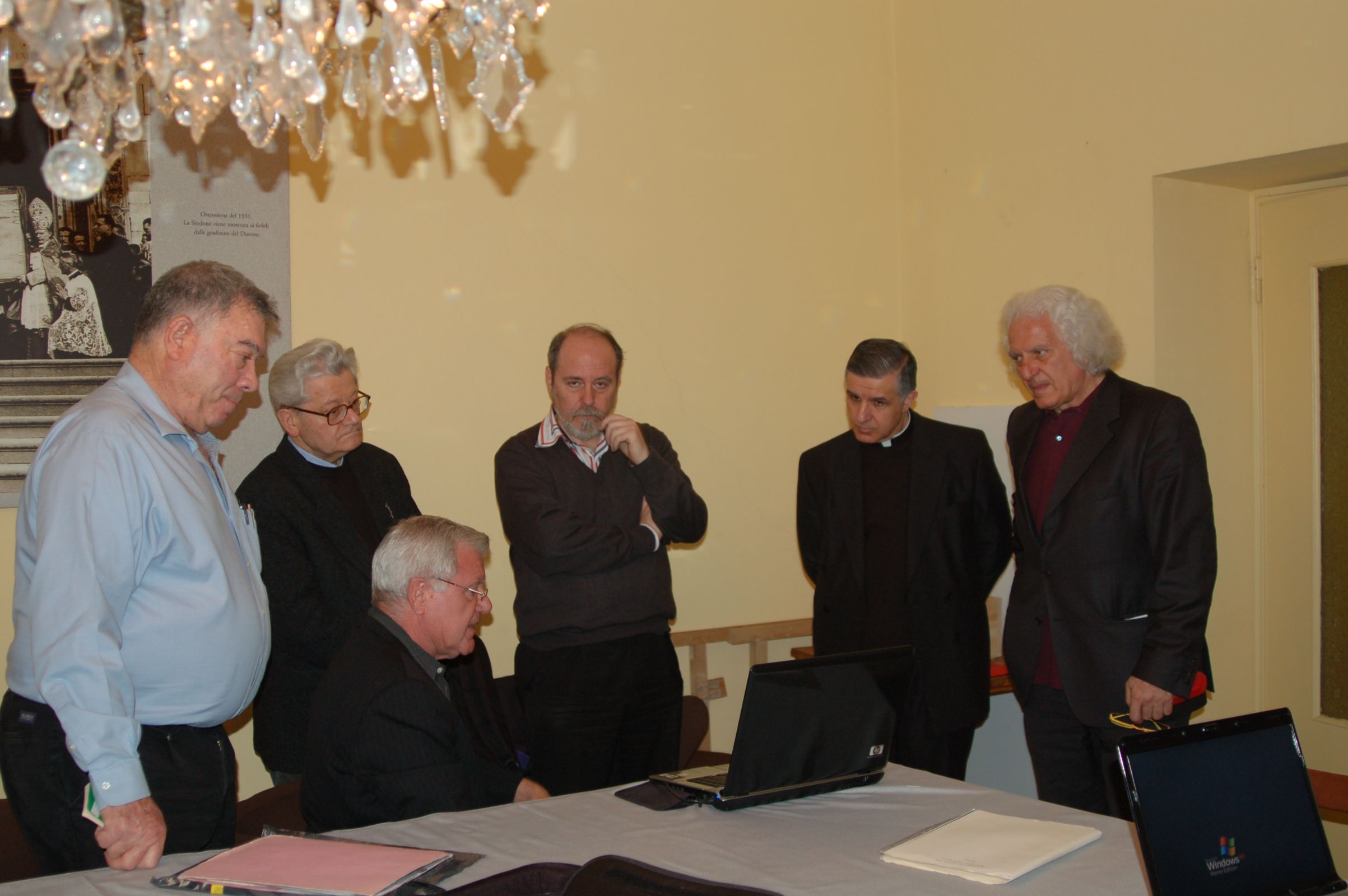 In 2009 Tony and Laurie Mijares facilitated the installation of a new permanent exhibition of the Shroud in Sacramento, California, USA, in the church of the Virgen de Guadalupe. 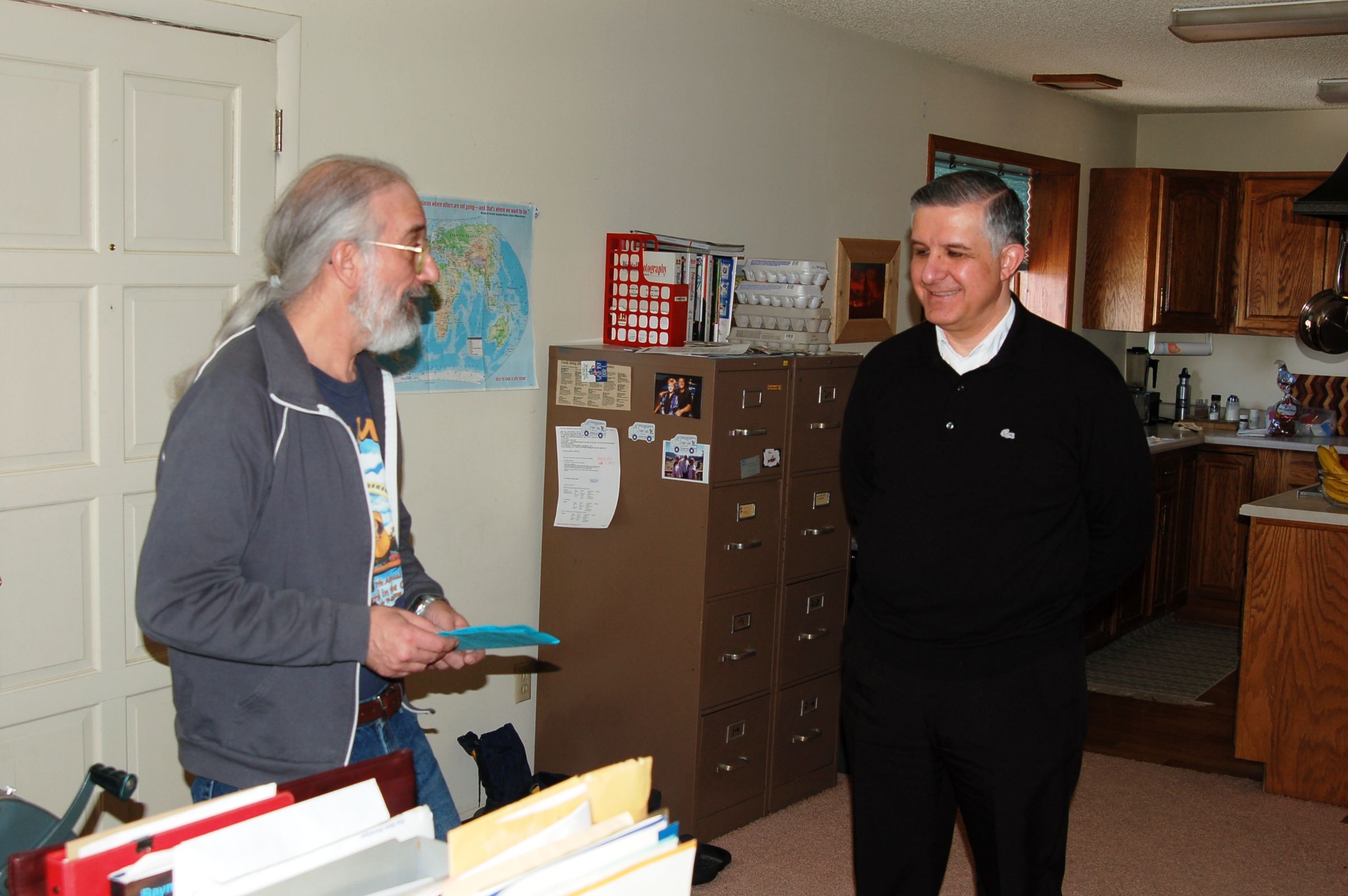 After the inauguration I organized a trip in the USA and introduced Father Guerra to BARRIE SCHWORTZ in Colorado and then we traveled together to Raleigh, North Carolina where I introduced him to ALAN and MARY WHANGER and TOM D’MUHALA and RUSS BREAULT.

Tom D’Muhala showed him the collection of the photographic material from VERNON MILLER, that Vernon had donated to Tom just before he passed away and Alan showed his Image Overlay technique and also the slides of the FREY Collection that he possessed.
This Frey collection is now in the possession of Tom D’Muhala after the recent passing away of Alan Whanger.
Then we went to New York and after a meeting with the Rector of the St. Patrick’s Cathedral, he decided to install a Hologram of the Face in the Cathedral. We also visited the famous Wuenschel Collection of Shroud materials in Esopus upstate New York,, owned by the Guild of the Shroud.

I was also planning to do investigations of the Tilma of the Virgen de Guadalupe in these years and had visited a couple of times Jose Aste Tonsmann who had discovered the images of people on the moment of the apparition of the Virgen in the corneas of the eyes in the image. The image of the Virgen the Guadalupe and also the image of Christ on the Shroud of Turin are considered ACHEIROPOITA or “images not made by hands (of man)”.
I organized for the first time ( in Panama ) presentations of “THE TWO LINENS” together with Jose Aste Tonsmann and when Father Guerra was notified of this, he organized a conference in the Regina Apostolorum in Rome of the two linens and invited experts on the image of the Virgen de Guadalupe and the image of Christ on the Shroud of Turin. After the conference everybody traveled to Turin to visit the OSTENZIONE of the Shroud in the Basilica of St. John. Father Hector Guerra and Avinoam Danin and our sponsor group joined us there. 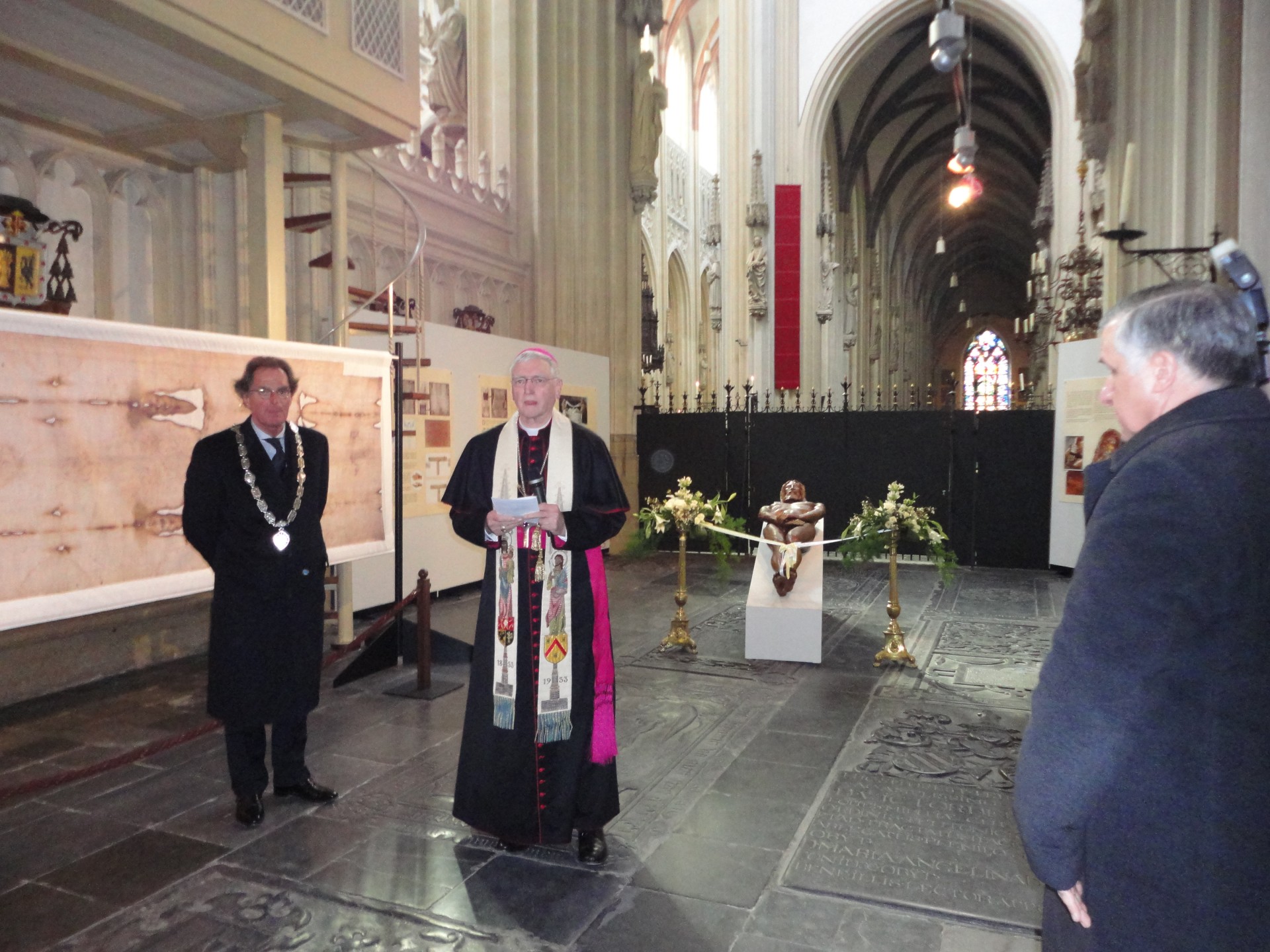 The next permanent Exhibition that was inaugurated, was in the University of Anahuac in Mexico City in Mexico in December of 2012. Father Hector Guerra was at that moment in chemo therapy, because he was diagnosed with lung cancer, but he was present for the opening, because being born in Mexico, this was very important for him. Members of his family were also present. 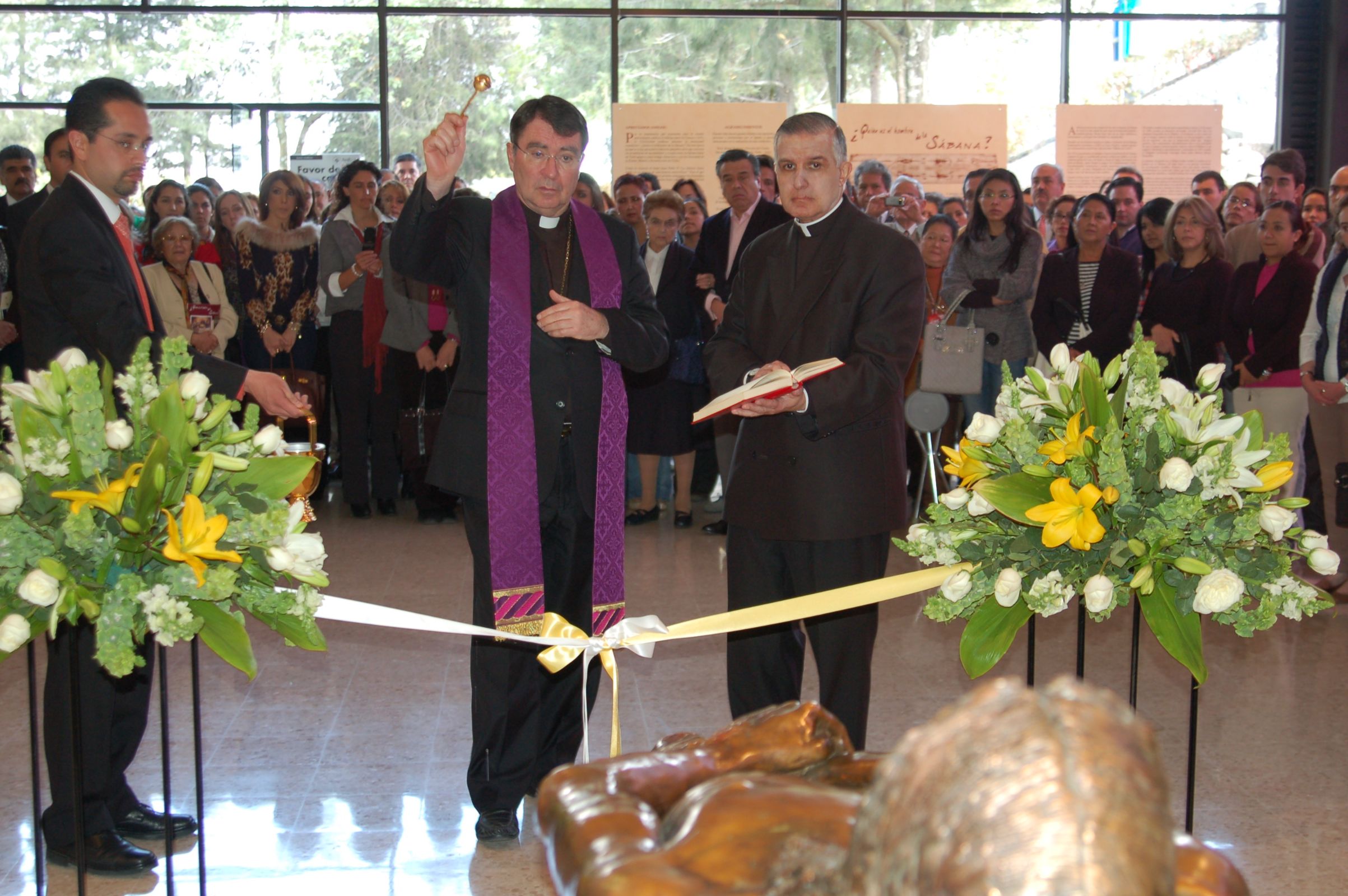 During these years Father Guerra organized also a traveling exhibition in Brasil and a permanent one in Krakow in Poland and In Lisboa in Portugal.

In June of 2013, after the success in Rome of the conference of the “TWO LINENS” Father Guerra organized this event again in Jerusalem in the Notre Dame Center and invited experts from Turin representing the Shroud of Turin and experts from Mexico representing the Tilma of the Virgin of Guadalupe. I was the only one representing both linens. Also present for the Shroud was John Jackson the organizer of the STURP investigation of 1978. 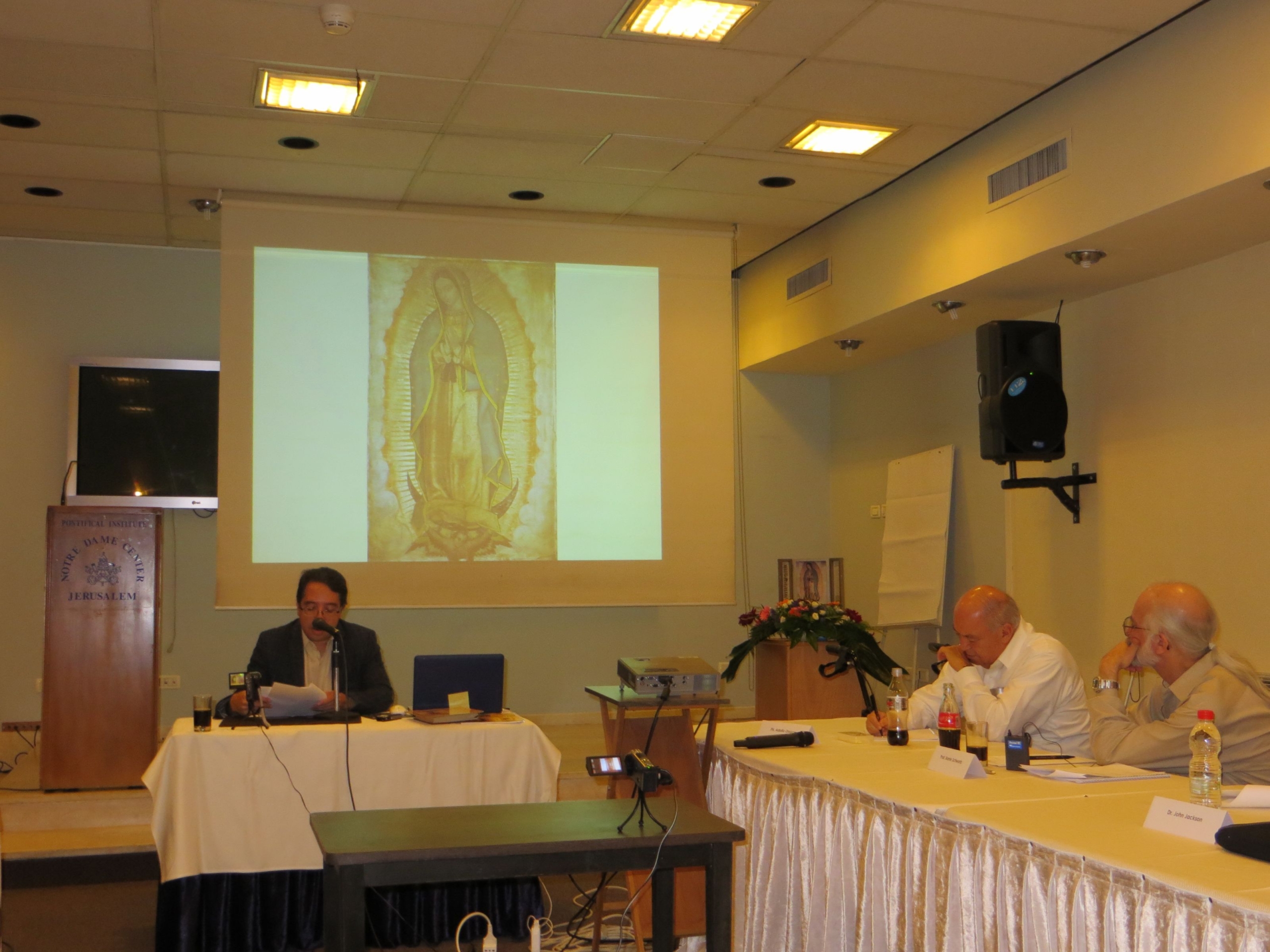 Conference of the TWO LINENS

I visited The Shrine of the Virgin of Guadalupe again in 2013 on invitation of the Rector of the Basilica, because I had done investigations for them on very old glass plate negatives that had been found in a crypt under the old Basilica. They had asked me to install a Hologram of the Face of Jesus Christ in the Old Basilica on the side of the altar and that was done followed by a presentation of the Shroud and the investigation that had been done in the Netherlands on the beforementioned glass plate photographs.

In Panama in 2013, my wife Dalys and me, organized a very successful exhibition of the Shroud in the Chapel of Pope John in Albrook in Panama City. We had a lot of coverage of the media, written and TV and the inauguration was done by the Archbishop of Panama, Mgr. Ulloa and two bishops. This was the first time that in an exhibition we showed the set of Holograms but also a set of life-size 3D lenticulars and also the sculpture that I made in 2009-2010 based on the 3D information from all the 3D investigations that we had done with Bernardo Galmarini and the experts of the Dutch Holographic Laboratory. We also took the opportunity to organize a Shroud Conference just before the inauguration and the speakers were Bruno Barberis from Turin, Janice Bennett from Spain who had written a book about the Sudario of Oviedo, Barrie Schwortz, my good friend, Father Verar from Panama, a Shroud expert, and myself. It was the Talk of the Town in these days in Panama where we live. 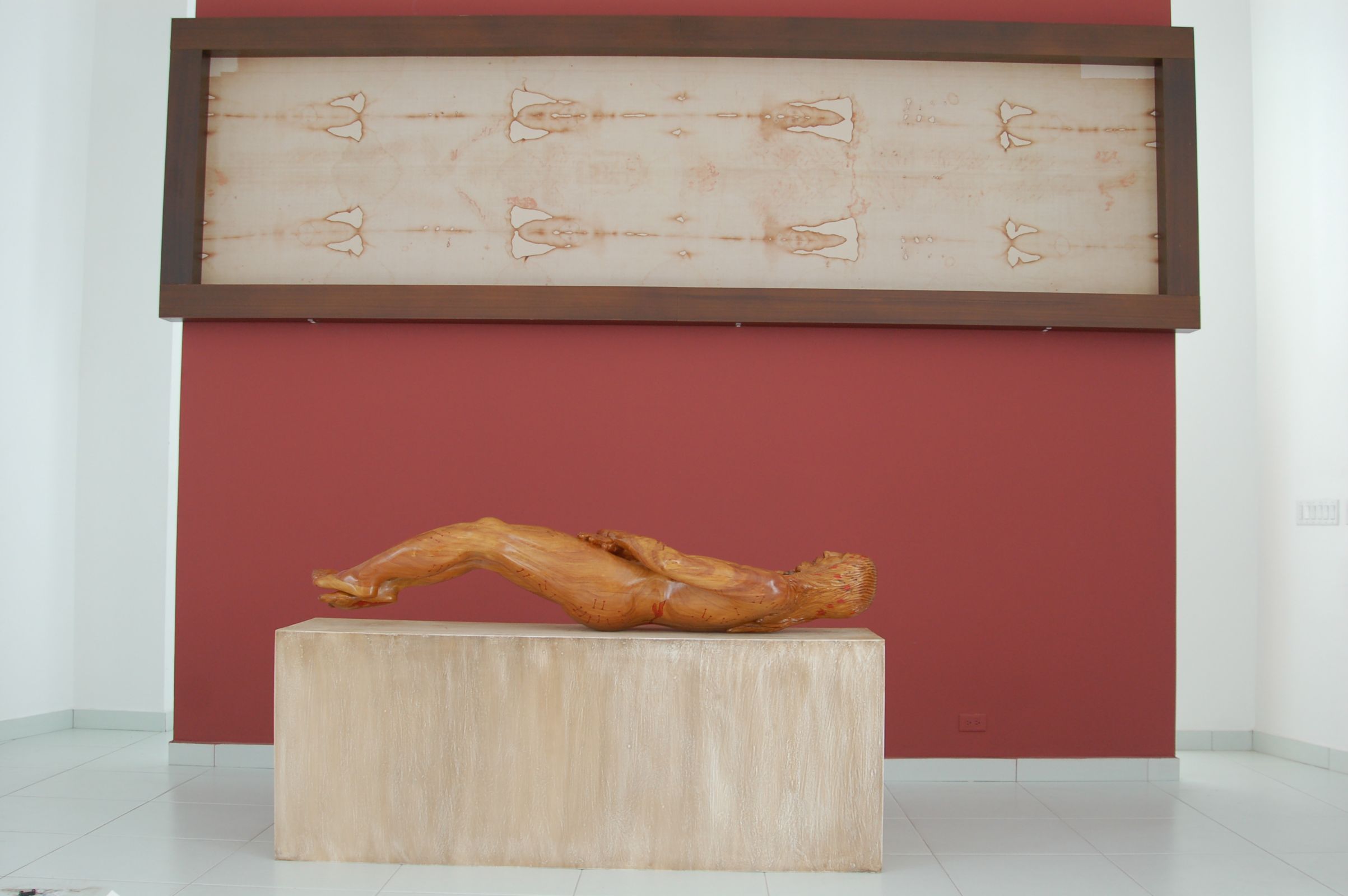 Our cooperation with Father Guerra continued, although his health was deteriorating and in June of 2015 we visited him in Madrid in Spain and spent precious time with him and he passed away on December 11, 2015 on the eve of the day of the Virgen the Guadalupe.
Just after that we received the message that the next day on December 12 our very good friend Avinoam Danin, who wrote the book “BOTANY OF THE SHROUD”, also passed away.
May they both rest in peace R.I.P. 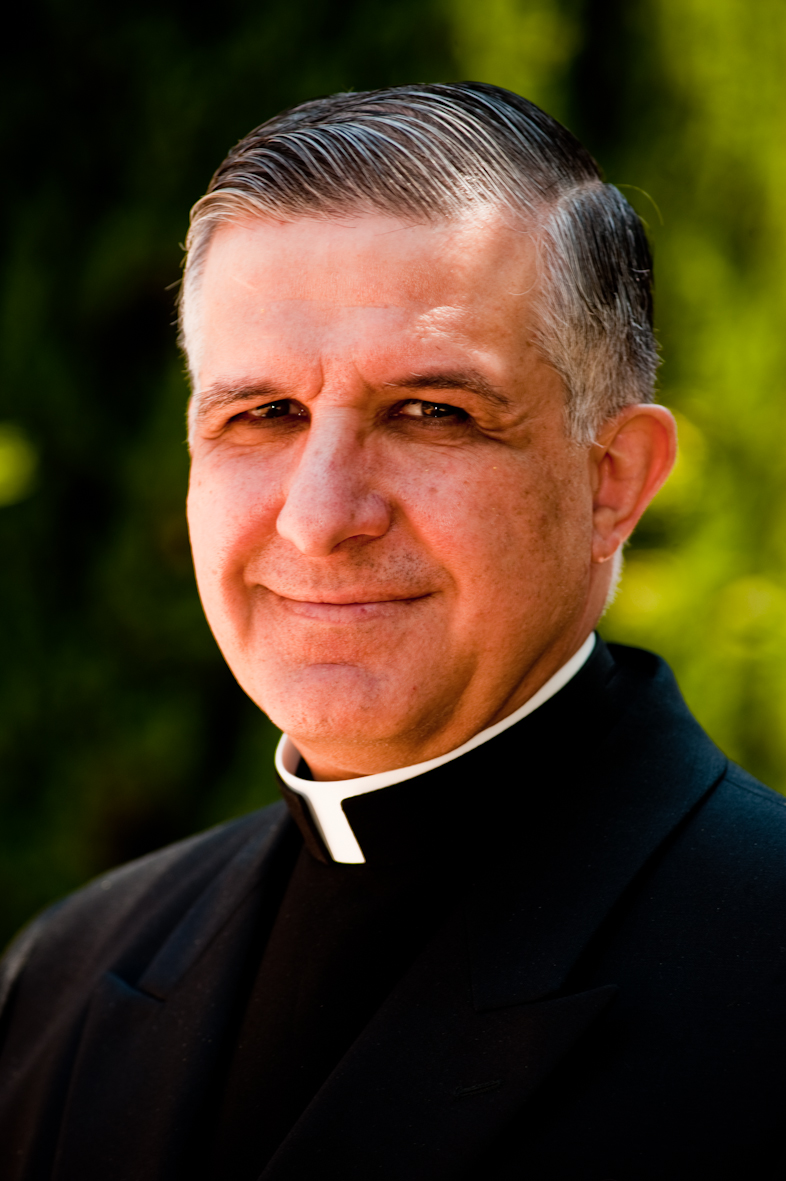 End of 2016 friends of ours from Honduras contacted us. They had visited the exhibition of the Shroud in Panama and wanted to organize an exhibition in Tegucigalpa and San Pedro Sula in Honduras and knowing that we had quite some experience in organizing the exhibitions and also because we still had a lot of the 3D materials in our possession, they asked us to help with the organization. This worked out very positive and successful and their exhibition was one of the most professional and beautiful I have ever seen in these two cities in Honduras. Bruno Barberis and me were the guest speakers and we gave for ten days, two times a day our presentations.

We continue with our Shroud work and have given the last 15 years lots of presentations in Panama where I live, Latin America (I speak fluent Spanish), USA and Europe in churches, schools and in many different places and our 3d work is exhibited in Musea, permanent exhibitions and in churches.

This is a POWERPOINT PRESENTATION that is called:

The Shroud of Turin
Expositions, Conferences and Research
Around the world
SUBTOPIC: Research of the Tilma with the image of Our Lady of Guadalupe
Presentation by:
Dr. Petrus SOONS

This Presentation gives a good idea of some of the Presentations we did, Conferences of the Shroud, organized in different places, inaugurations of Exhibitions of The Shroud in the Americas and in Europe, in cooperation with Father Hector Guerra L.C., and research that was done, partly with Pete Schumacher in Alamogordo, NM, USA, with the VP-8 Image Analyzer on details of the image of the Shroud of Turin, but also research on photographic glass-plates with the image of the Virgin of Guadalupe, that were found in the crypt of the Old Basilica in Mexico City. This research was done in the Netherlands.

Click here to see THE FOLDER EXPOSITION IN JERUSALEM