The radiocarbon test applied to the Shroud in 1988 gave a surprising result: the famous sheet kept in Turin, which tradition attributes to the burial of Christ, dates back to the Middle Ages. The results of that analysis were published in the prestigious journal NATURE and the Sacred Linen was downgraded from an authentic relic to a work of art. 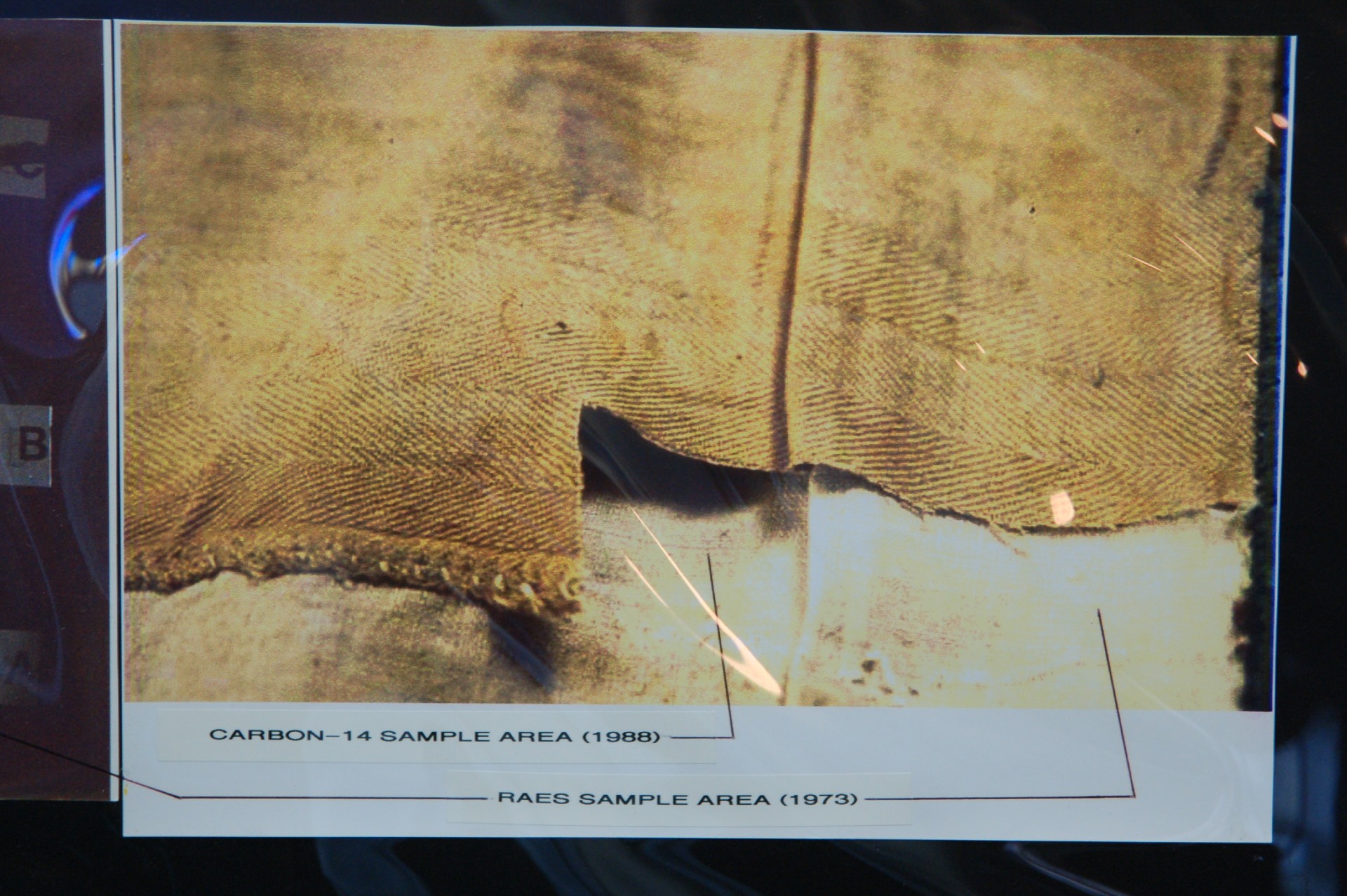 Photo 5. Place where the sample was taken 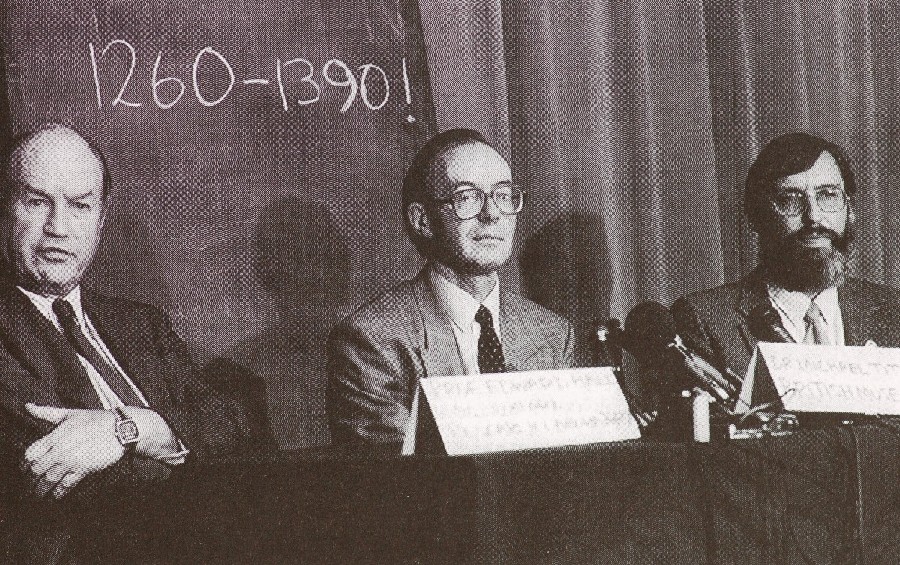 The academic world, however, has not remained silent in front of that verdict and over the years various scientific publications have provided chemical, physical, biological and statistical evidence contrary to the validity of that examination, conducted on a polluted and mended marginal strip. In particular, the statistical calculations, applied by M. RIANI, AC. ATKINSON, G. FANTI, and F. CROSILLA, to the data published in NATURE, revealed that these data show a “surprising heterogeneity” which strongly questions them.

The results from the statistical analysis of the raw data, i.e. the data derived from the single measurements of 1988, were published in an important article, which Emanuela MARINELLI wrote together with TRISTAN CASABIANCA, GIUSEPPE PERNAGALLO and BENEDETTO TORRISI which appeared in ARCHAEOMETRY in 2019.

This statistical analysis definitively demonstrates that the samples examined were not homogeneous, therefore they cannot be considered representative of the entire sheet. The result of that test, therefore, does not allow us to consider the medieval Shroud, as it was stated in 1988. Marinelli talked about it extensively on ABOUT ART ONLINE. The news was also spread by the International Center for Studies of the Shroud of Turin.
Recently, two other scientific articles have been published by P. Di LAZZARO, AC ATKINSON, P. IACOMUSSI, M. RIANI, M. RICCI and P. WADHAMS that deny the validity of the radiocarbon test conducted on the Shroud in 1988. They drafted a scientific review report which was subjected to peer review and then accepted and published in August 2020 in the International journal ENTROPY. The report is entitled: “ STATISTICAL AND PROACTIVE ANALYSIS OF AN INTER-LABORATORY COMPARISON: THE RADIOCARBON DATING OF THE SHROUD OF TURIN” and can be consulted in open access mode on the web page: https://www.mdpi.com/ 1099-4300/ 22/9/926 In a press release, released by the International Center for Studies on the Shroud of Turin last 8 September (2020), the conclusions are summarized in five points:

1) The dating of the small subsamples of linen obtained by dividing each of the three samples taken in 1988 provides non-homogeneous results as if the samples came from fabrics of slightly different ages.

2) The age of each subsample systematically depends on its position in the fabric. This linear and systematic relationship between apparent age and position, is anomalous and unexpected.

3) Due to the anomalies 1) and 2) and in particular the linear relationship between the position of the sample and its age, it makes no sense to calculate the average age and it cannot be said that the average is representative of the whole sample. Consequently, the average age calculated by the laboratories of OXFORD, ZURICH and ARIZONA is meaningless, because the presence of a linear trend of the age with the position highlights a lack of homogeneity in the data of the Shroud that cannot be attributed just to the different protocols used by the three laboratories.

4) Two possible reasons for the inhomogeneity of the dating have been identified. The first reason is the presence of contaminants unevenly removed by the cleaning procedures. This hypothesis is reinforced by the different cleaning protocols adopted by the three laboratories. The second possible reason is, that the sampling site included a patch added in later centuries, a repair having been made to the corner as an attempt to reweave the portions historically removed from the Shroud by the SAVOY family over the centuries for various reasons. On the one hand, this hypothesis is rejected by the lack of visible signs of added tissues; on the other hand, it is reinforced by the different thickness of the fabric of the so-called RISERVA, compared to a piece not dated from the Arizona Laboratory. Spectroscopic results suggest that the threads of the area adjacent to the sampling area, have a different composition and chemical bonds vs. those of the main part of the Shroud and therefore are not fully representative of the Shroud cloth.
Finally, a series of measurements on Shroud samples already available were proposed, so as not to take material from the original Shroud cloth. These measures would make it possible to create an operational protocol and to establish whether and what contamination may have produced the non- homogeneous results. The results of these analysis could be of basic importance to assess the reliability of a new dating of the Shroud by the radiocarbon technique.

THE SHROUD OF TURIN AND ITS RADIOCARBON DATING
MARIA GRAZIA SILIATO
Historian and Archaeologist, Italy

We pointed out on other occasions that as Archaeologists and Historians, we were unable to indicate any object, in any museum or church, which from a scientific point of view, is comparable to the Shroud of Turin.
We know that radiocarbon dating carried out in 1988, which placed the origin of the Shroud in the Middle Ages between 1260 and 1390, is not consistent with the chemical, physical, historical and archaeological data resulting from this famous object.
The Shroud of Turin carries with it a centuries old dramatic story.
IT WAS MANIPULATED MANY TIMES FOR MENDING AND RESTORATION WORKS!

It seems that the only untreated part of the Shroud was the one bearing the facial imprint.
The quantity and variety of mending stitches observed on the Shroud from the Middle Ages to date, from Edessa to Constantinople, Lirey, Chambery and Turin, is impressive: tacking, hemming, whipping, stringing and mending stitches, and many others.
Add to this an amount of parts, invisible to the naked eye, which were reinforced and maybe remade with the invisible mending technique. The Shroud’s Mediterranean cloth,
because of its very ancient-handcrafted structure, the significant caliber and the thick weaving, perfectly absorbs an intervention of this kind.
In 1978, Mottern, London and Morris performed in Turin radiographic examinations on the region of the Shroud where, ten years afterwards, the sample for C-14 dating would be taken. What emerged was a considerable irregularity of the cloth, which showed low-density and very high-density areas.

The most external band of the cloth, albeit similar in structure, appears to be somewhat connected, or reinforced, to the Shroud’s cloth by restitching. It is a region which has been largely mishandled over the centuries. The cloth was held, exactly on these places according to “exhibiting” and “displaying” techniques. We have a visual, authentic documentation of what happened during these exhibitions, (See picture 1, 17th century and picture 2, 19th century). 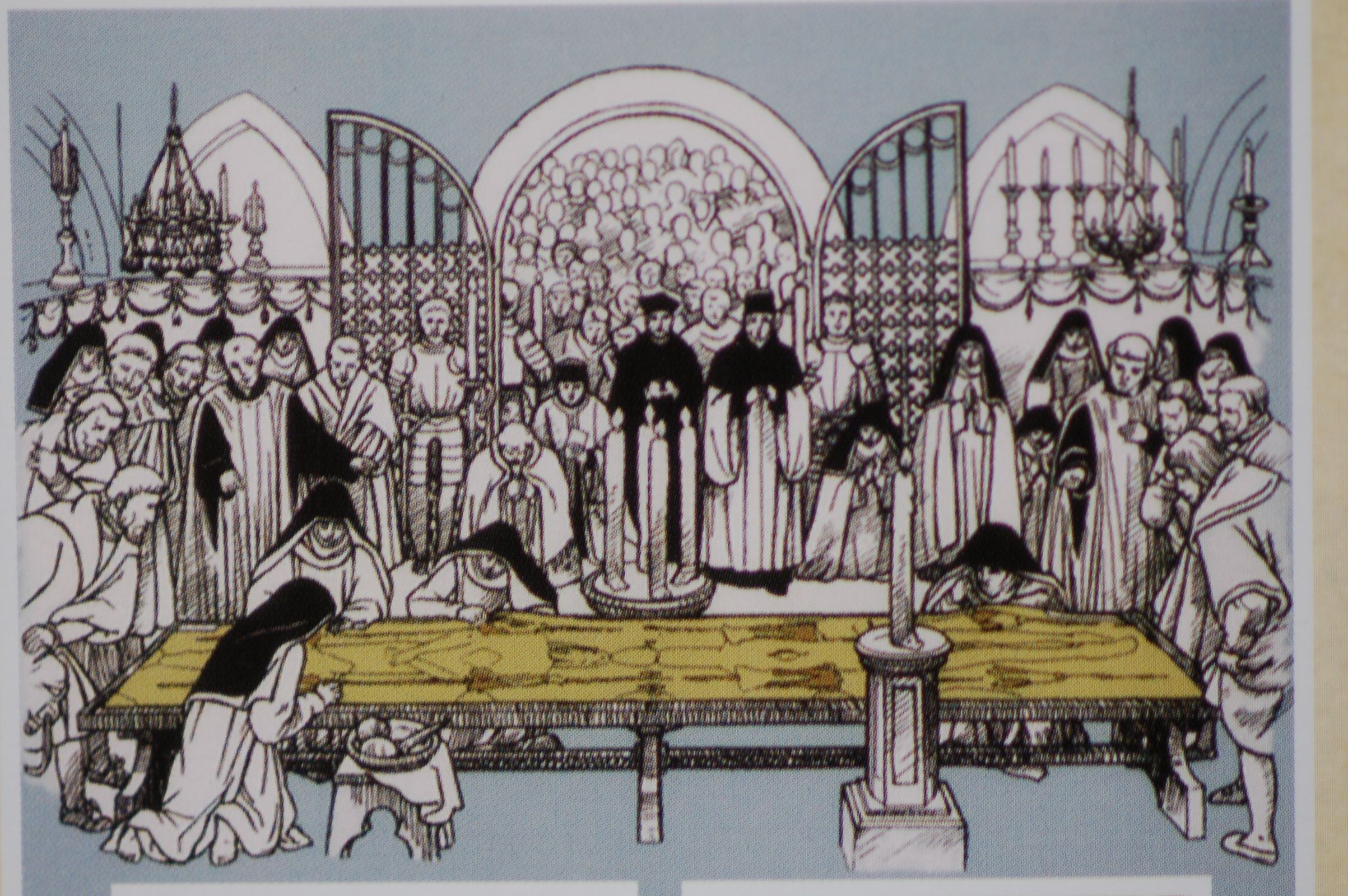 Reparation of shroud 1534 after fire.

This is confirmed by the way the imprints are exhibited. The face is on the left side. This typical display was traditionally maintained and is still in use today.
These are spine-chilling documents and have certainly not been discovered today. They were universally known when it was decided to choose the part of the Shroud from which the sample had to be taken.
In fact, instead of removing fragments of yarn here and there in order to reach the necessary weight for each of the laboratories, it was decided to cut a piece of cloth. The upper corner, to the left of the person looking at it, was cut, that is, in the spot were RAES had already cut a sample. Therefore, the Shroud’s linen cloth was damaged again in a significant, irreparable way.

We have come to the core of the problem.
At that time, product analyses carried out by experts TIMOSSI and RAES calculated, with good accuracy, the MEDIUM WEIGHT PER SQUARE CENTIMETER OF THE SHROUD’S CLOTH: 1) A. TIMOSSI, expert in textiles 23 mg
2) Prof. G. RAES, Director of the Laboratory of Technology of Textiles, University of Gent
25 mg
It was also calculated with radiographs by MORRIS, LONDON and MOTTERN in 1978,
and the result was the same as the previous ones
3) R.A. Morris, National Laboratory of Los Alamos 25 mg
4) G. RIGGI 20 mg
The means of the four data is: 23.2 cm, and as upper threshold limit, the average weight of 23 mg per square cm can be assumed.
Considering the irregularities of an ancient, handcrafted cloth, and in order to move within safer margins, we have applied a prudential surplus tolerance to the measures indicated.
Let us therefore assume an average weight of 25.00 MILLIGRAMS PER SQUARE CENTIMETER of the SHROUD’S CLOTH. 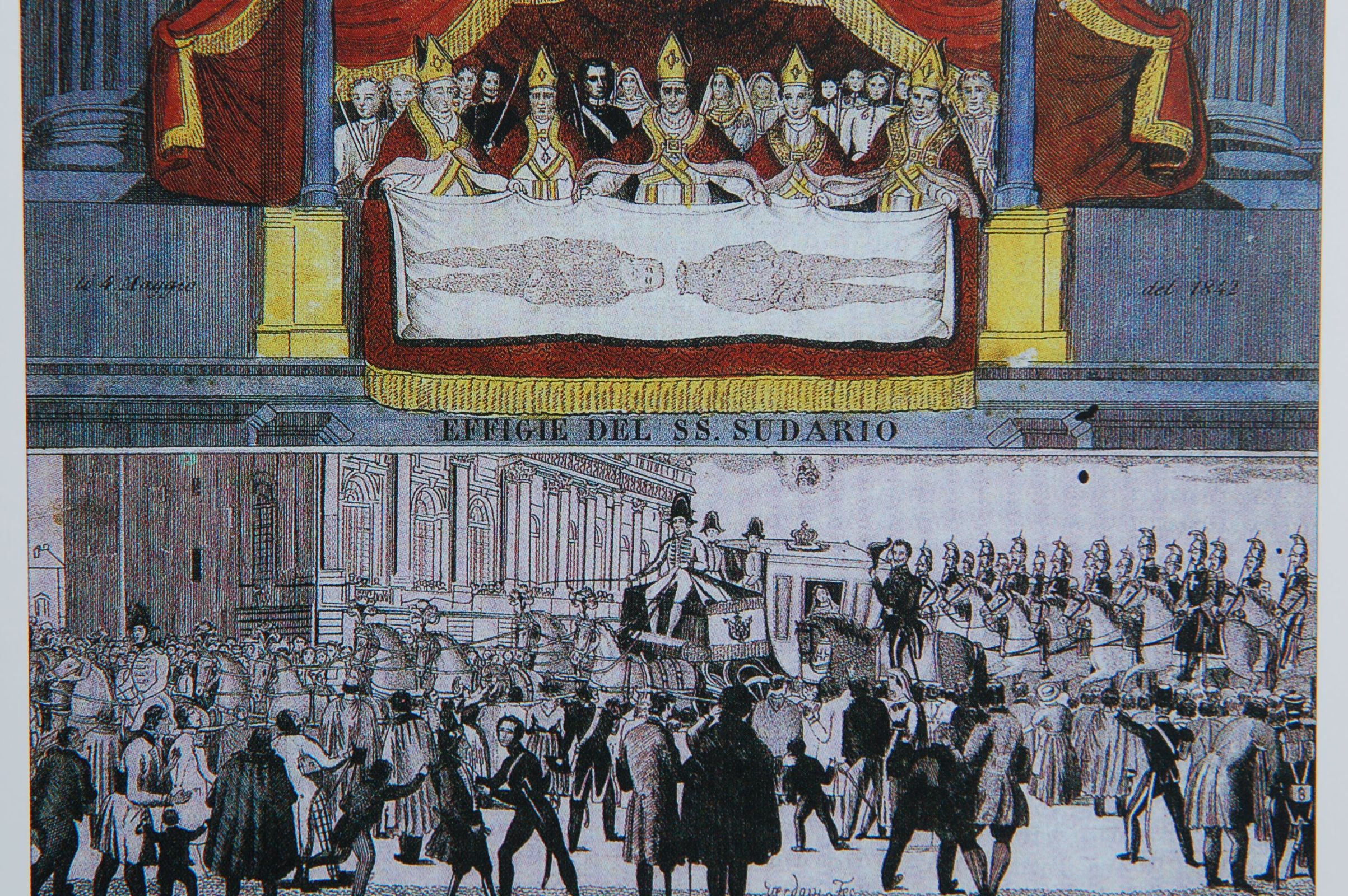 These data, which are already striking per se, could be subject to further modifications and radiocarbon dating could be even more unreliable, if the average weight, was that declared by the operator, namely, just 20 milligrams.
If that were the case, the mixture of textile material in the taken sample would rise to 45.80 % and, in the “cleaned” sample delivered to the laboratories, will reach the striking percentage of 53.30 %.
Such a mixture of younger radiocarbon material–how much younger ?? twelve, fifteen, sixteen centuries ??—dramatically changes the amount of residual carbon 14.
It should be borne in mind that testing laboratories always carry out a rigorous cleaning procedure on samples to be radiocarbon dated and eliminate any impurities and foreign bodies. But they could not eliminate the YOUNGEST LINEN CLOTH, structurally consistent with the original.
Furthermore, the amount of “younger” threads varies depending on the parts of the Shroud and is documented by the weight differences observed even in contiguous parts. It is reflected in the examination’s results, probably astonishing the radiocarbon experts themselves, who consulted with one another, in an attempt, to come to a “common average dating”.
In fact, the three radiocarbon examinations show sharp differences. The resulting dates range from 1260 to 1390. Here too, it is possible to note the irregular mixture of original fibers with younger fibers. This completely changes the radiocarbon dating data, which appear unreliable.
Finally, it should be noted that such calculations start with the weight per cm2 of the “original” cloth in its entirety. It is clear, though, that there would have been no need to mend and restore an intact region. Therefore, we do not know “how much” of such mishandled corner of the original cloth has unraveled or got pulverized; in other words, HOW MUCH OF IT HAS BEEN LOST IN TERMS OF WEIGHT and by how much the percentage of the restoration increases as a result.
In light of the above really nobody knows on “what” the radiocarbon dating operation was carried out.
All of this, maybe, led to the contradictions, inaccuracies and accusations which surrounded the operation: the cutting of the samples, their delivery, their radiocarbon dating. We will not bring any arguments, suspicions, and more or less fictional reconstructions.
Perhaps the historical and archaeological tragedy which was the radiocarbon dating of the Shroud of Turin, defined in the course of the heated arguments as a wild medieval trial by ordeal, was a scientific accident.
At this stage, we cannot fail to highlight, that according to very recent discoveries and experiments, there is an increasing, concrete need to review the parameters used until now for radiocarbon dating cloths, particularly those which may have been subjected to environmental aggressions or temperature leaps. Let us leave the development of this aspect to the experts in the field, as it totally upsets the results of the 1988 radiocarbon dating examination of the Shroud. As far as we are concerned, we are proud to have substantially collaborated to presenting here for the first time in this symposium in Rome and reporting to the international press this discovery, which is so closely related to the real, two-thousand-year-old age of the Shroud of Turin.
Those who, by virtue of well-founded archaeological, historical, medical-legal and scientific evidence, recognize in the Shroud the burial sheet used in the most famous trial of the Roman Empire, believe that this should open the way for a more free, concordant regular study on the subject.
“THE DATA INDICATED IN THIS REPORT WERE ALL GARNERED FROM OFFICIAL SCIENTIFIC REPORTS. PARTICULARLY SIGNIFICANT ARE THE VIDEORECORDINGS CARRIED OUT BY THE OPERATORS AND THE DATA APPEARING ON THE INSTRUMENTS SHOWN “.