Pontius Pilate was the 5th governor of the Roman province of JUDAEA serving under Emperor TIBERIUS from 26/27 to 36/37 A.D. Few sources of his life have survived.

The Jewish historian JOSEPHUS and philosopher PHILO from Alexandria both mention incidents of tension and violence between the Jewish population and Pilate’s administration.
Josephus and the Roman historian TACITUS have recorded the information of the crucifixion of Jesus of Nazareth during his rule.
The Roman governor had also the right to appoint the High Priest and Pilate nominated CAIAPHAS, who stayed in power also for a period of ten years, before he was removed after Pilate’s departure, indicating that Caiaphas and the priests of the Sadducee sect were reliable allies to Pontius Pilate.

THE PILATE STONE:
During excavations in CAESAREA a stone tablet was dug up and a replica is being shown in the ruins of Caesarea and it has a dedicatory inscription that states:

“ (PO)NTIUS PILATUS, the prefect of
Judaea, (erected) a (building dedicated)
to (the emperor) TIBERIUS “.

REPLICA: The original inscription, found in secondary use during the excavations of the theatre, is on display at the Israel Museum in Jerusalem. Pontius Pilatus was the Roman prefect who presided over the trial of Jesus of Nazareth (Matt, 27 :11-26).
The content of the inscription and the use of the Latin language hint at the level of
Romanization throughout the province (Judaea), and in Caesarea, at the beginning of the 1st century A.D. 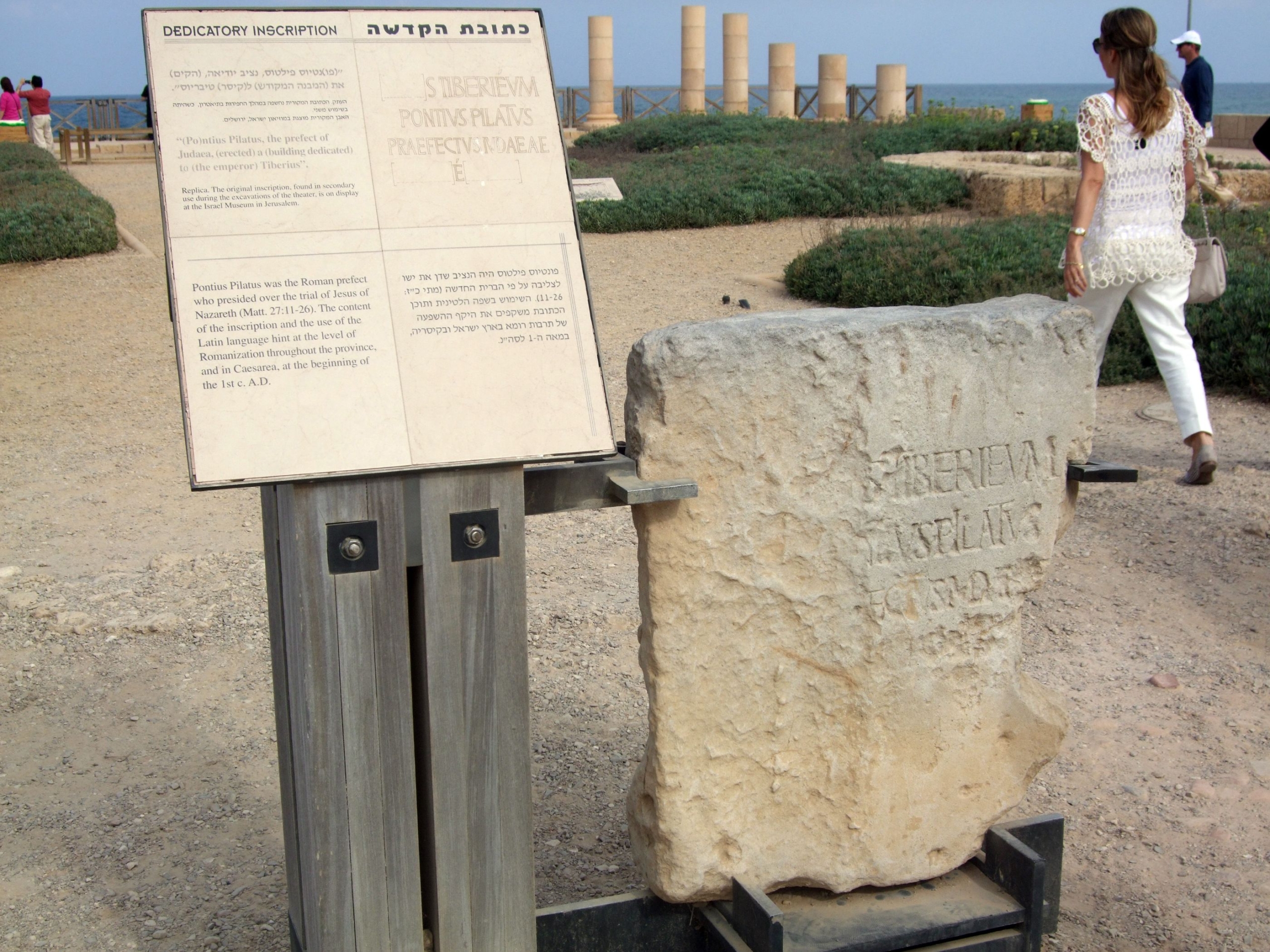