Pete Schumacher and Dr. Petrus Soons in May 2012 did also measurements of the SPEAR wound on the right side of the thorax of the Man on the Shroud. 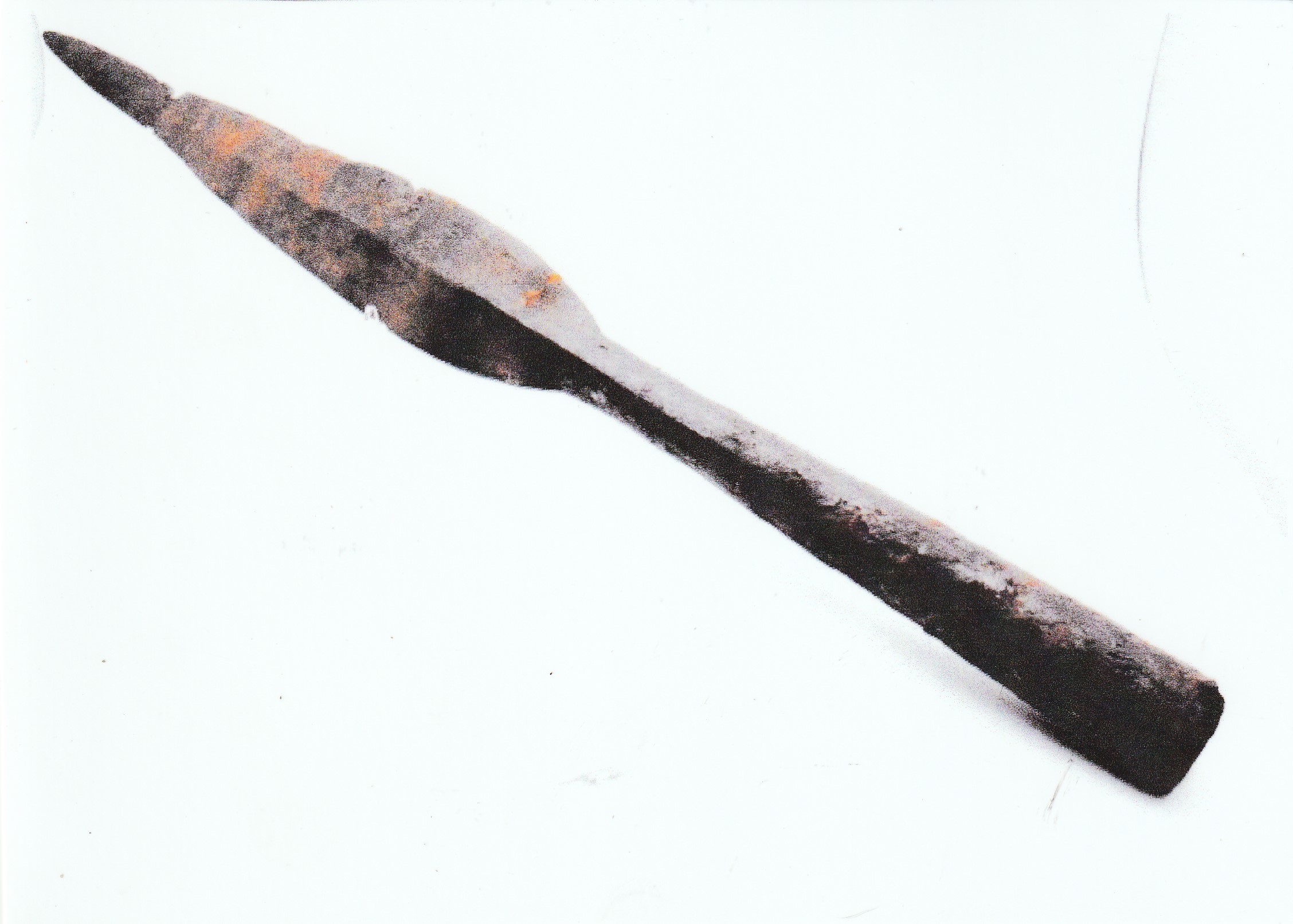 The type of spear used is a HASTA or Roman thrusting spear. Some have suggested that the type of spear that would have been used was a pilum, or Roman battle lance, which has a long thin blade, but this is not congruent with the Shroud image. Also, the hasta is the type of spear that is depicted with Christ on ampullae, frescoes and other art-work. The hasta is also depicted on contemporary denarius coins of Tiberius Caesar. The width of the spear head does fit the wound in the chest. The length of the spear head, in examples that we find in museums, is about 23 cm, which would have been long enough to penetrate the lungs and also penetrate the right auricle of the heart. In the Gospel accounts of the death of Jesus, it is recorded that his (right) side was pierced and blood and water flowed out. On the Shroud, coming from the spear wound, there is a flow of blood and a light or clear substance which has been determined to be serum albumin. The spear would have first pierced the lung cavity, from which came the serum (the water of the Scripture), as is consistent with conditions of trauma. The flow of blood was released when the spear entered the right atrium of the heart. This atrium is after death the only part of the heart that is filled with blood. The blood and serum that flowed from the lungs and the heart are typical of post-mortem bleeding. 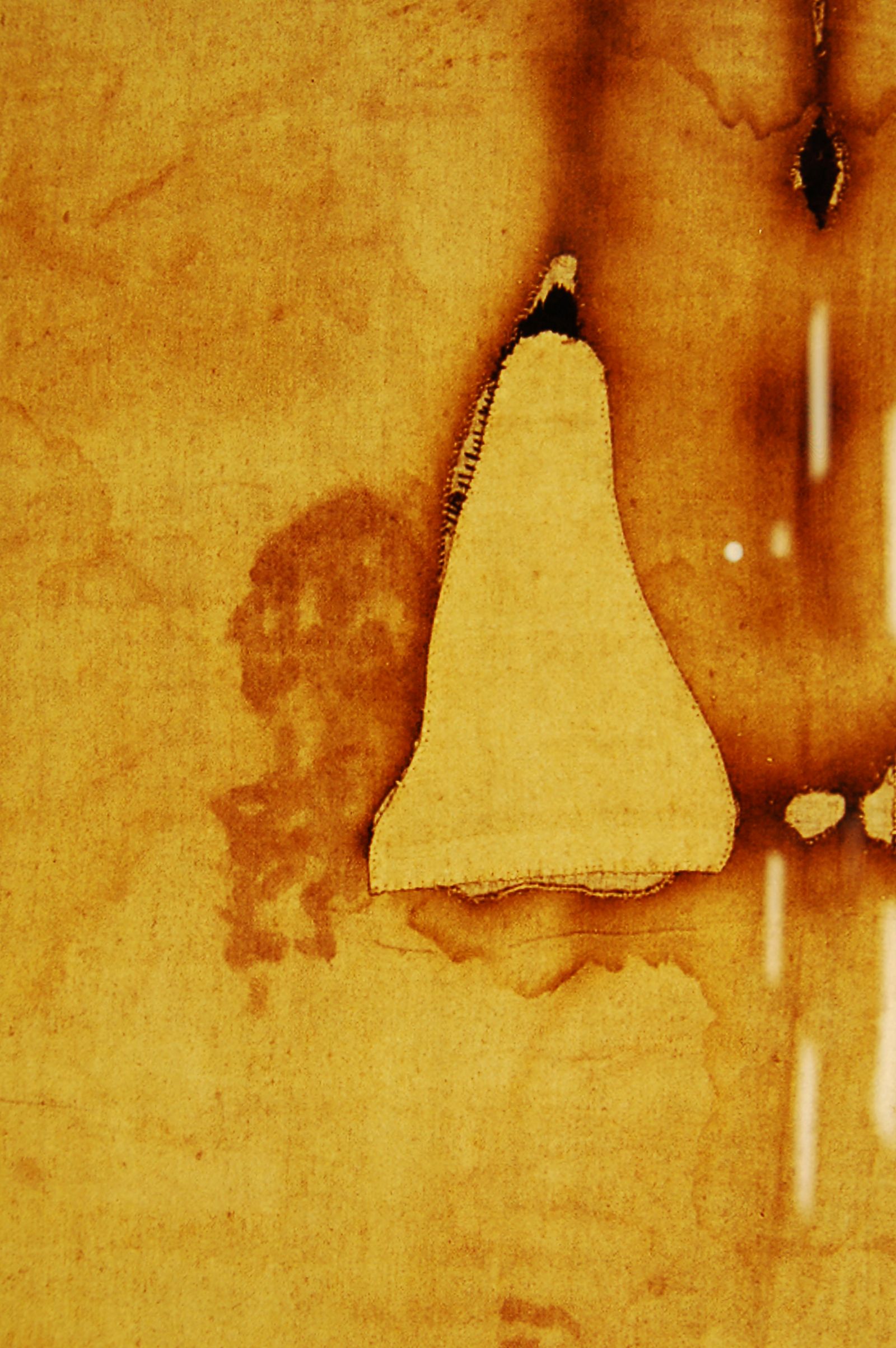 If the individual had not been dead, his legs would have been broken to hasten death. Scripture records that this was done to the other two men that were crucified with Jesus, but not to Jesus because he was already dead. In many places, bodies of crucifixion victims were left on the cross until their bones were picked clean by scavengers. This was not done in Israel, as it was very offensive to the Jews to leave a body on the cross overnight. If victims were still alive late in the day, it was customary to break their legs, so that hey would die quickly and their bodies could be buried or otherwise disposed of before sundown. In the type of crucifixion shown on the Shroud, the individual could breathe in, but he could not breathe out. In order to breathe out, he would have to lift himself up by pressing against the nails in his feet and stretching the knees, an agonizing process. When the individual became too weak to endure this excruciating struggle, or if his legs were broken so that he could no longer lift himself up, he would die of asphyxiation in about ten or fifteen minutes.

Also, the execution squad, consisting of one officer and four soldiers, whose job it was to crucify victims, were themselves crucified if their victims escaped. They were, therefore, extremely careful to make quite certain that their victims were without question completely dead, which is another proof that Jesus indeed died on the cross, apart from the signals of rigor mortis that we can see in the Shroud image. 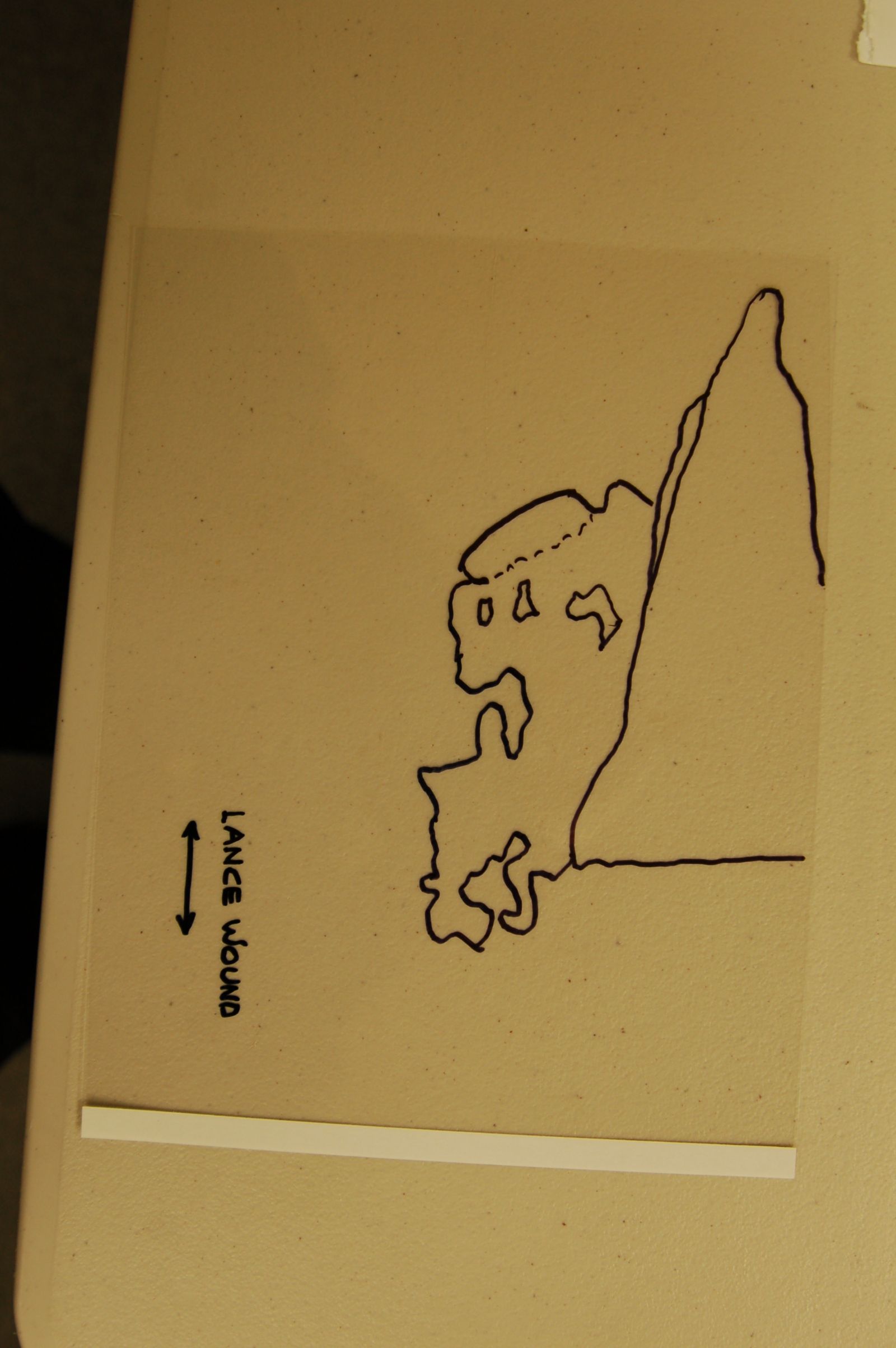 Measuring the spear wound on the 1:1 Kodak color image we found that this wound measured 42 mm long and 18 mm wide, which is congruent with the HASTA spear.
We checked also the wound in the VP-8 Image Analyzer (see photograph 7) for control and came to the same result. 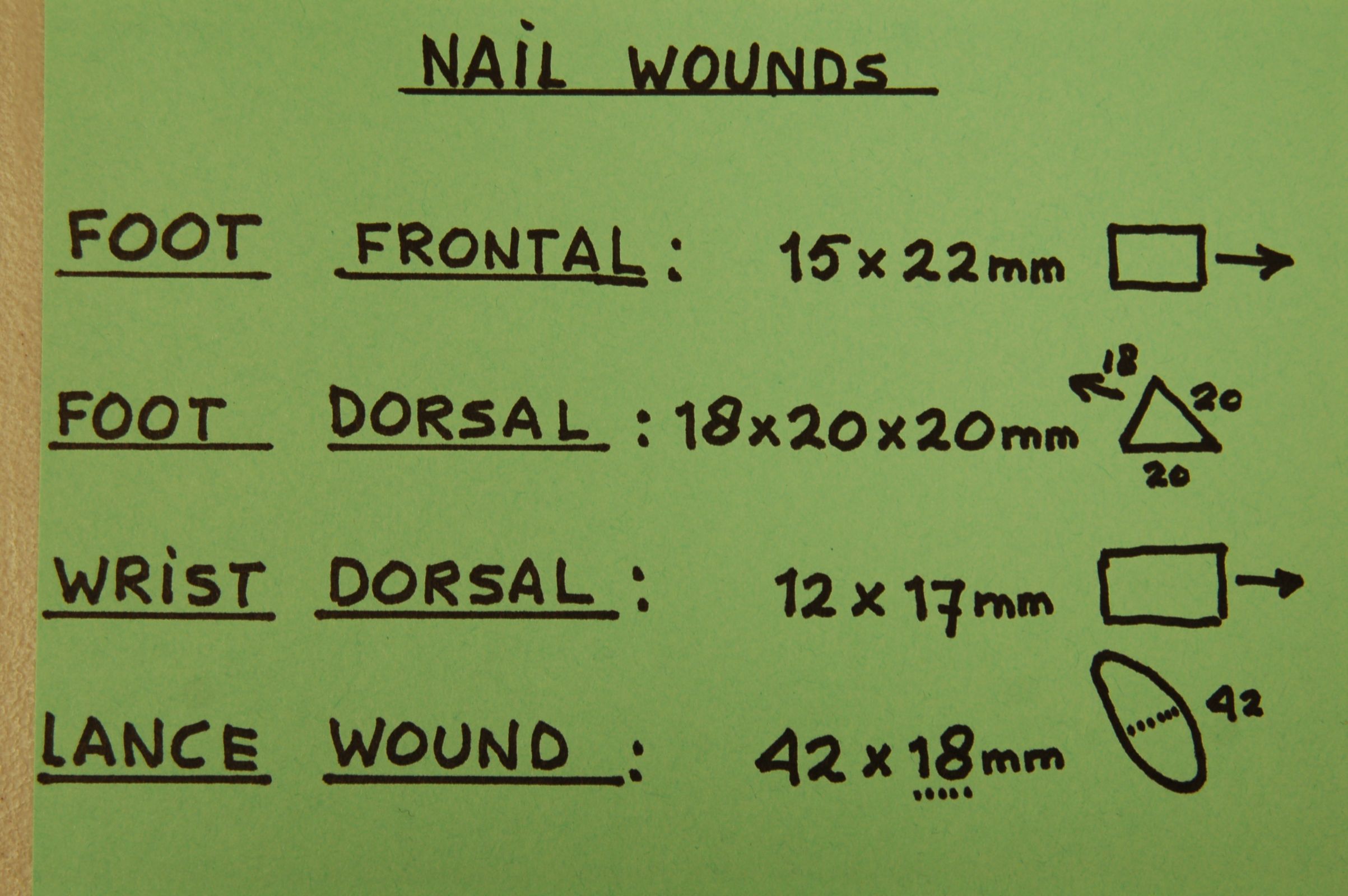 As an ADDENDUM it is interesting to explain how Alan and Mary Whanger came to their conclusions. Alan had developed the POLARIZED IMAGE OVERLAY TECHNIQUE and that was a means of comparing two different images by projecting those images, one on top of the other, onto a lenticular screen (one with tiny vertical grooves) through polarizing filters placed at right angles one to the other in front of the projector lenses; and then looking through a third polarizing filter, which, when rotated, fades the images in and out, thus enabling minute and detailed comparisons.
In the chapter ADDENDUM we will show a DVD that explains this method of comparing two different images, a DVD made by the Whangers themselves. 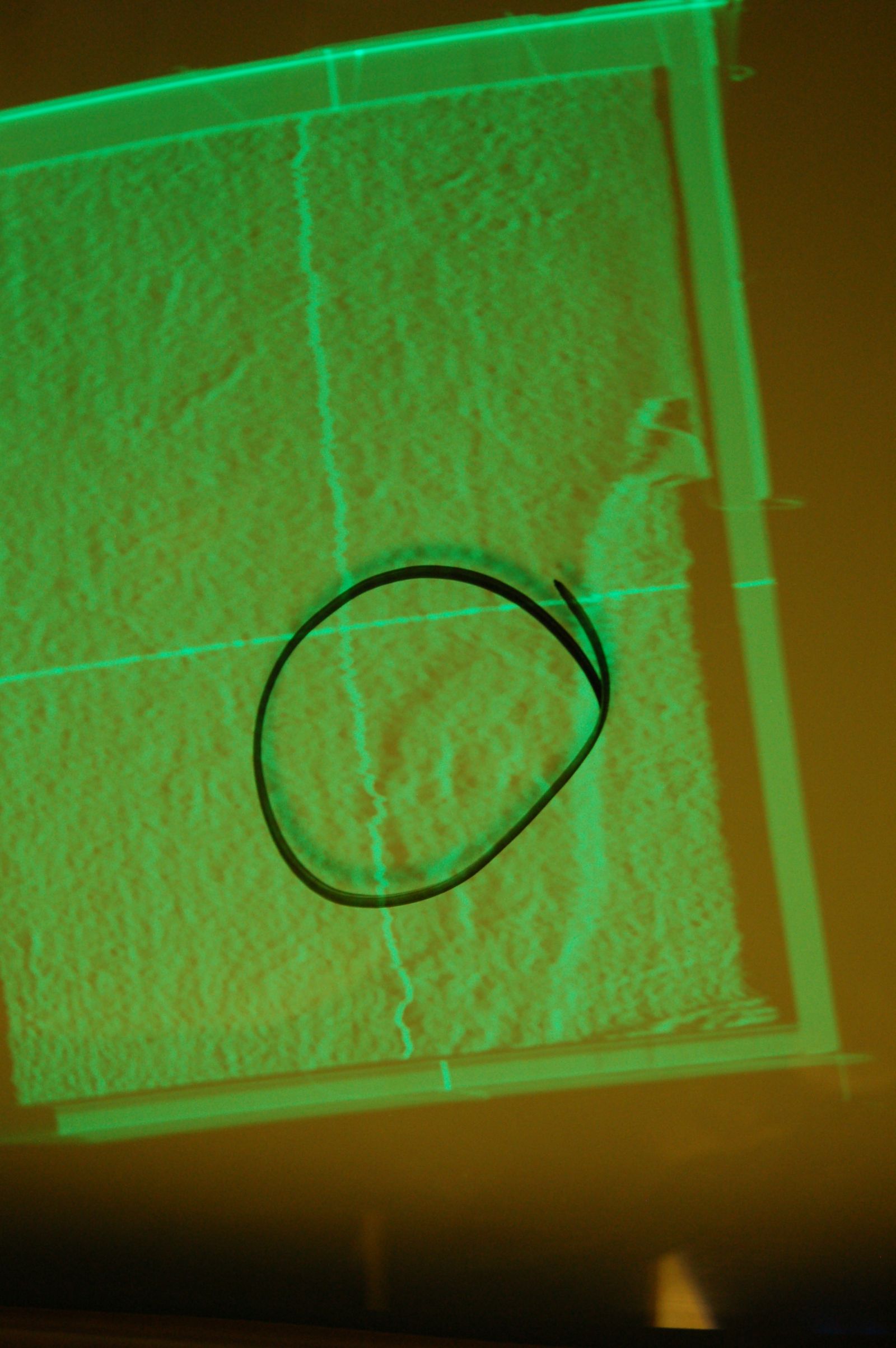 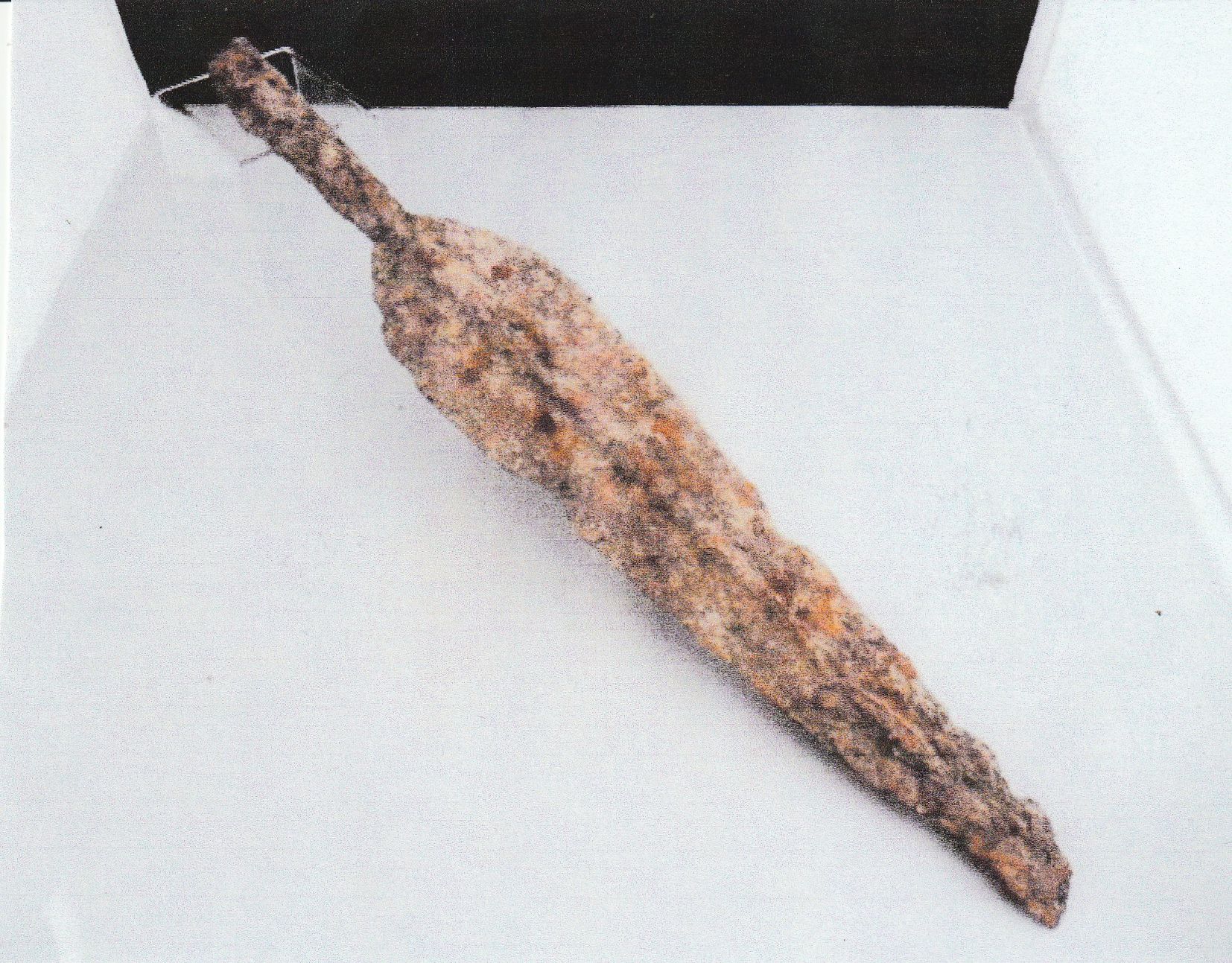 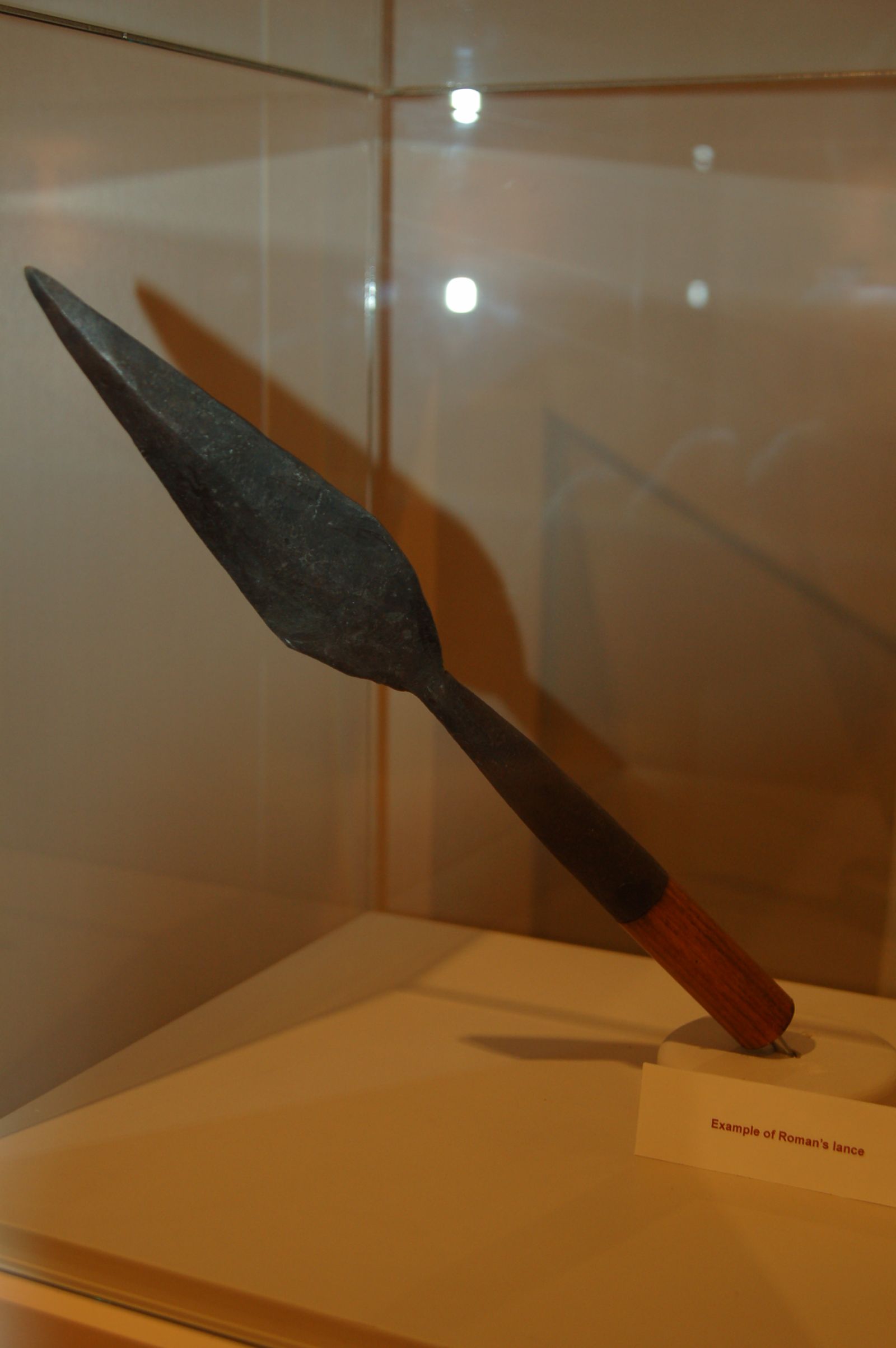